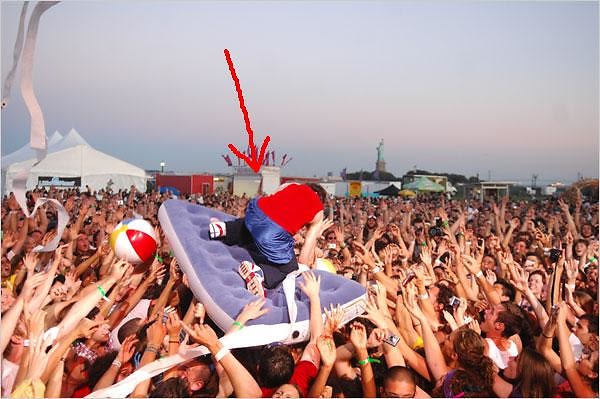 $258.00 was the pricetag for the three day concert series "All Points West" at Liberty State Park this past weekend.  Small price to pay to get to see Radiohead (one of the best bands of our time) open not ONE but TWO nights as headliner.  The event was organized in party by Goldenvoice, the braintrust behind Coachella.  The location, a historic field overlooking both Ellis Island and the Statue of Liberty invited many reverse commuters to venture off the island.  This one especially, at the Girl Talk show, seems to be enjoying himself. 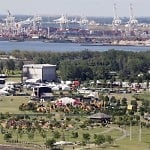 Photos via David Rheins, Feast of Music, and MTV Newsroom.

[All Points West Has Unbelievable Lineup]