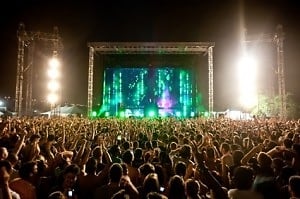 Electronic dance music festival Electric Zoo returns to Randall's Island this Saturday and Sunday, giving New Yorkers the chance to party along with 70+ DJs and performers under the open (and hopefully not too-threatening) sky. Get the scoop, including ticket info, below. -

Despite gripes from the underground crowd about a pedestrian lineup last year, Electric Zoo did well enough to warrant a sophomore outing. Those complaints were lodged again this year, although a packed schedule of non-festival parties (including Bunker on Friday) will keep naysayers at bay. 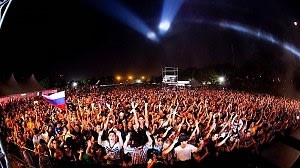 Still, it remains to be seen if Electric Zoo will escape the problems that have long plagued rock-centric festivals in and around New York City (including All Points West, which lasted just two years). Aside from the bitching and moaning that bookings inspire at any festival, Electric Zoo has to somehow please the often warring tribes that gravitate toward the many splinter genres beneath the electronic music umbrella--think Jersey-scented Pacha-loving trance fans versus Bushwick-"pioneering" warehouse techno party types.

There's also the location. Randall's Island has been home to several notable concerts over the years, including an Arcade Fire/LCD Soundsystem double bill in 2007. But Governors Island has stolen its thunder as the New York performance venue for which fans are willing to tolerate sporadic ferry departures.

Speaking of thunder, Electric Zoo might also have to deal with the predicted Hurricane Earl. Although what would a music festival be without inclement weather?