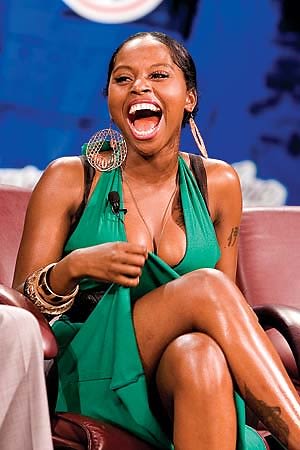 Though her solo rap career has been floundering, Foxy Brown has a new solo gig at Rikers Island, where she will be in solitary confinement for the next 76 days. Seems like Foxy hasn't warmed up to other inmates at the world's largest penal colony, and has been getting into scuffles, despite not having her normal weapons of choice (cellphone, blackberry, or hair extension glue).

We have to say we are a bit surprised by the buxom diva's recent misbehavin'. "Jay-Z's right hand bitch" just seems so articulate and pleasant in this interview.