They drink Scotch chased with Bud Lite, sleep until noon, and do hood rat stuff with their friends. Less importantly, Timeflies makes some seriously cool music. Rez and Cal, the strapping young men behind it all, have taken the time to talk to us about their music, new projects, and what’s in their fridge.

Rez produces the beats which range from candy pop, to rock, to hip hop, all the way to dropping some grimy dub. Cal takes over the vocals with a lady killer voice and seriously brings it with his freestyle. Together they are making a sound original and cool. Their debut album The Scotch Tape, which flew to the #2 position in iTunes pop chart, has seen crazy success and every Tuesday Cal and Rez release the "Timeflies Tuesday," the viral Youtube channel that gives Cal a subject to freestyle alongside Rez’ beats.

Not only are these guys performing for sold out crowds, but they are also doing some good. They have put together an iTribute song to raise money for pancreatic cancer and all proceeds from the sales will go towards the Dana Farber Cancer Institute. You can buy the song HERE.

Check out what they had to say...

1. Where did Timeflies come from?

We spent a lot of time earlier in college recording songs for fun to play at parties and stuff but never really finished them, other things always got in the way and we'd start a new one... we decided to call ourselves Timeflies because it felt like despite wanting to really focus on the music, all our time was going into other things - now its a reminder that even with all that’s going on we need to remember that the music is always what is most important.

2. What projects are you working on right now? Where do you want to see Timeflies go in the future?

We're looking to put out a mixtape of more sample based material in the next few months. We're pretty excited about it since The Scotch Tape had no samples, this is an exciting project we've been looking forward to really since we started. It'll be sort of a hybrid of the Timeflies Tuesday sound and our more polished album sound. To be honest, in the future we want to be doing exactly what we're doing now - making music, playing shows, and having fun… just hopefully with and for a lot more people. 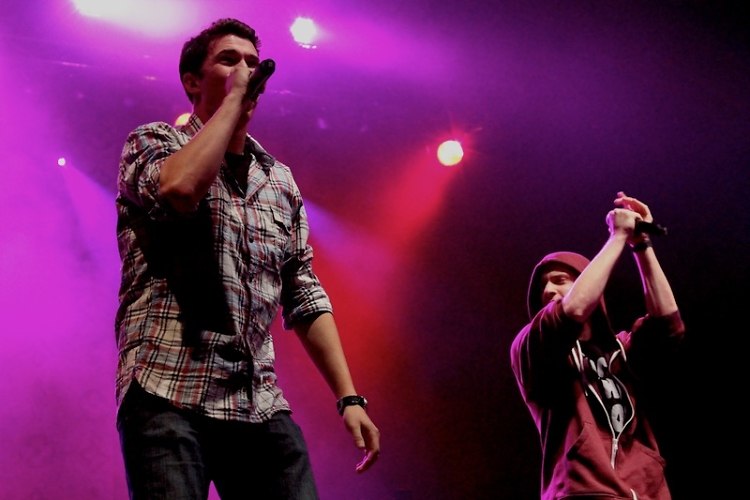 3. You are playing at Webster Hall December 16 to a sold out crowd, tell me what the New York fans are like and what it's like to perform here.

New York is always fun to play, not only because its our city and filled with so many of our friends, but because its so high energy. The fans here are great, we can pass them the mic and they'll sing the next line no question. The show on the 16th is going to be crazy, we're planning on playing some new material which we're excited about, but also just turning it up a little more and giving the crowd something they're not expecting.

4. It wasn't long ago you were working on double majoring at Tufts, did you see yourself being where you are now?

Music was definitely where we saw ourselves, of course its really exciting that this quickly we've gotten this far, but we like to think that from day one we were headed to where we are now and where we're going in the future.

5. Where is your favorite place to party in nyc?

Gotta be the lower east. That, or in our hood in Brooklyn.

6. What music are you listening to right now?

Since we're working on that sample based project we listen to a lot of indie rock right now, sample hunting. Portugal. The Man, Sufjan, Bon Iver, all that kind of stuff... and some even smaller artists, Tara Vaughan, Jenny Owens Young, you know. And then on the side lots and lots of electro and dubstep. Zeds Dead, Klaypex, Cryptex, Unlimited Gravity…could go on forever. You can expect some face melters coming from Timeflies in the not too distant future ha.

7. I heard Justin Beiber was doing a dubstep album...any thoughts?

Its about time. We'd buy it. Can't wait to see 8 year olds walking around with that slow head nod. Shit, might even catch us at the concert head nodding with them.

8. What has been your most ridiculous experience so far?

Probably the show we played in Dayton, Ohio - we were dancing a little too hard and kicked the laptop off the stand. It became unresponsive and we were sure it was the end of the show - Cal started freestyling while Rez was holding the mic in his left hand and beat boxing and trying to fix the laptop with his right. Cal was dropping some monster lines and then right at the last one everything had been reset and Rez had cued up Under The Sea, so the steel drum dropped and people went crazy. It was the highlight of the show, people thought we'd planned it... awesome.

9. Tell us a secret about you guys that we probably don't know and can't find on the internet. 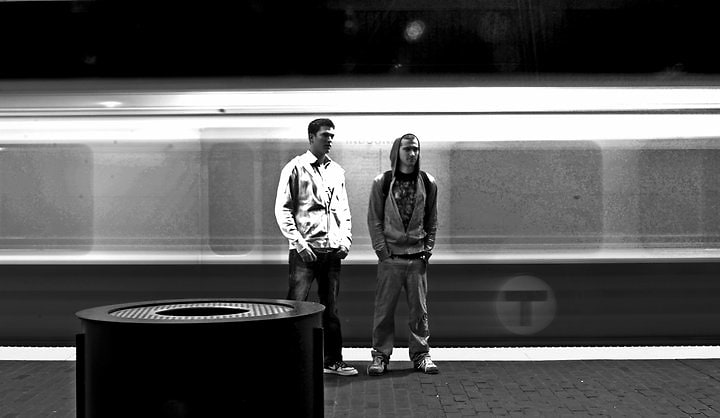 Day on the road is an early wake up, a drive or flight to the next spot, a nap, a shower, and a long night… at home we wake up at like noon, grab ham egg and cheeses down the street (with salt pepper ketchup, got to) and some coffee and start recording. Very different types of days but both really fun.

Think its gotta be iTribute, but watching Under The Sea really takes us back to this summer recording The Scotch Tape and how much fun we were having working on that. Tough call.

Brooklyn. Manhattan is great to go out in, but we belong in Brooklyn.

13. What is in your refrigerator right this second?

A few half drank gallon jugs of water, a 2 liter of Fanta, and half of the cuban sandwich Rez had for lunch from the Dominican diner downstairs.

Watch their music video for 'Turn It Up' here: