There are, as always, a ton of good shows to check out this week. Kings of Leon are hitting MSG with songs from their new album, La Roux rocks Terminal 5,  a number of musicians are getting together to pay tribute to the 40th anniversary of George Harrison's "All Things Must Pass," and more. What's worth seeing:

Kings of Leon play Madison Square Garden for the second time in their career. If it's anything like the show they put on January, 2009, it is going to be amazing. "Come Around Sundown" was recorded in NYC and with three out of the four brothers recently moving here, this could be considered their unofficial house warming party.

The Athens, Georgia pop rockers Modern Skirts play Pianos. See them now in an intimate, inexpensive venue before you're Craig's Listing tickets to their sold out show at MSG for over $100 (ahem, see above).

London-by-way-of-Wales pop group Joy Formidable play Bowery Ballroom. They opened for Passion Pit last year to give you an idea of the crowd they attract. 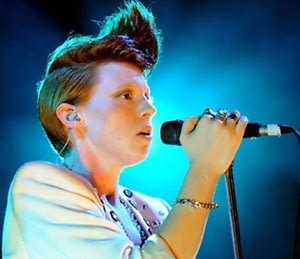 If La Roux's show at Terminal 5 is even half as crowded as her performance during Hudson Hotel's Halloween bash, this is going to be packed...but well worth it. Learn how to be bullet proof and try and figure out how to get your hair to defy gravity. Francis and the Lights opens with '80's influenced numbers and choreography that look like "Balkie's Rock Star Dream," from a Perfect Stranger's lost footage DVD.

Ben Harper does his bluesy thing at the Apollo Theater.

Thao Nguyen plays her powerful rock and is sure to occasionally bang on the drums at Bell House. Think Beth Orton meets Florence Welsh. 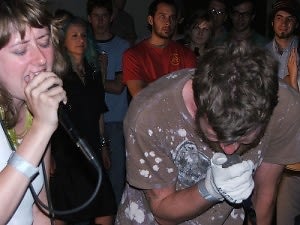 Brooklyn band Free Blood formed in 2003 and may finally be getting the attention they deserve. Their song "Never Hear Surf Music Again," plays in the trailer for James Franco's new self-amputation movie 127 Hours. They consistently deliver a good live show with lots of rolling around on the floor and spastic gestures. It's more entertaining than it sounds. Put on your dance shoes and head to Pianos.

The Aussie band Tame Impala will play their self-described "psychedelic hypno-groove melodic rock music" at Bowery Ballroom. They have another show on Friday at the venue as well.

British songstress Kate Nash hits Terminal 5 with her poppy retro song that manage to be both strong and playful. Past shows on this tour have been described as "quirky," and have included the use of a piano completely covered in lights. Other Pick:

Bear in Heaven bring their psych rock to Music Hall of Williamsburg. 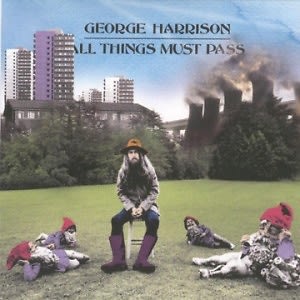 If you are planning on seeing a show this weekend there are plenty of good choices.

A number of musicians join together at Rockwood to pay tribute to George Harrison's "All Things Must Pass."

Delorean is slated to get people dancing at Bowery Ballroom.