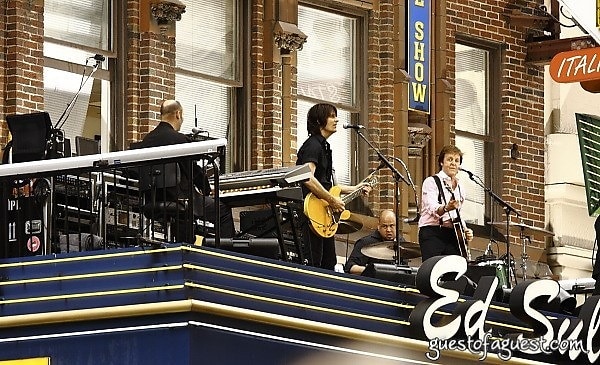 Legendary Beatle, Paul McCartney put on quite the show yesterday on top of the Ed Sullivan Theatre before chit chatting with David Letterman.  Keith caught the entire performance. Read what Keith had to report about the concert, as well as browse more of his amazing photos below.... 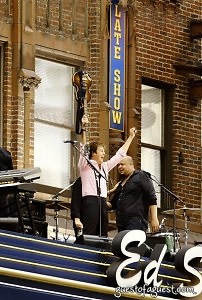 Paul is returning to some of the legendary sites of the Beatles' early days in America (of course, the band had been around for a number of years before coming to America, but don't ask Paul how many!  He said to David Letterman that people know his history better than himself!).  The Ed Sullivan theatre is the site of their legendary appearance 45 years ago.  And this weekend, he will be out to inaugurate the new Mets Stadium as they did when the Beatles packed Shea Stadium.

The songs McCartney played included U.S.S.R., Get Back and Helter Skelter (which was just for the people on the street and not broadcast over the air).

He seemed to not want to leave, pleading with the producers for more time, which I think they granted!  It was a great and energetic show.  That's why I photographed Paul with the No Stopping Anytime sign in the foreground.  He sure isn't! 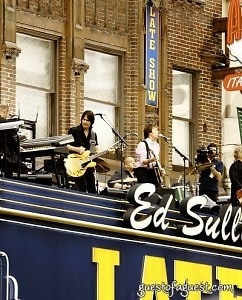 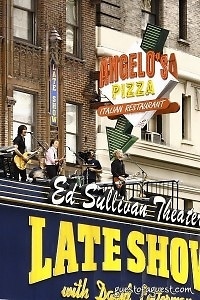 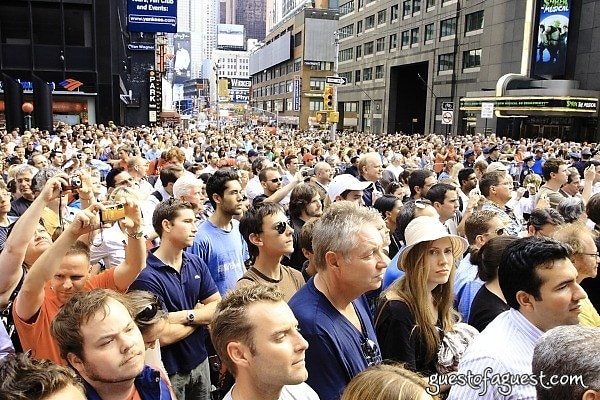