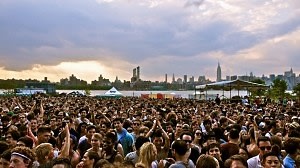 Most music lovers would agree that the summer concert scene in the Big Apple is nothing short of unbeatable.  Pounding techno, smooth jazz, eccentric indie and everything in between fills the city with such variety that there truly is something for everyone and you don't need to break the bank to attend. These are some of our favorite FREE festivals for summer 2011: 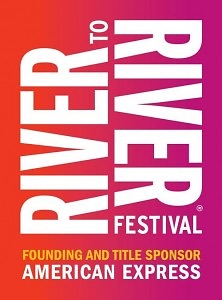 Where: 12 venues ranging from Rockefeller Park, to the World Financial Center, to The Seaport. Why: Often boasted as the biggest and best free arts festival New York has to offer, River to River has a truly impressive line-up. With music, film, dance, theater, and art, the River to River festival offers an eclectic mix of talent.  All events are free, but expect first come, first served seating policies. 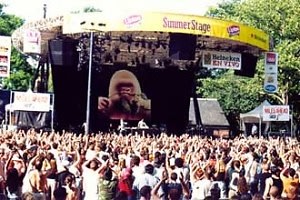 Where: Over 750 Venues City-Wide

Why: A truly unique concert series, offering performances in diverse genres such as salsa, hip hop, alternative, indie, jazz, and classical. Artists come from all different backgrounds and cultures to perform outdoors, with their shows accessible to people of all ages and tastes. the line-up ranges from well known musicians to local up-and-coming artists. At SummerStage you can enjoy your favorites or discover something new.

Why: Word has spread recently about Jelly assembling a summer concert series, and now it's official. There is a full line-up in place, though who-plays-when is still being decided. There are six shows in the series, all played out near Rockaway Beach. Keep an eye on the website for new information on performances as it comes. The venue features pools, slip 'n slides, beach volleyball, refreshments, and more, so concert goers can engage in some good old fashioned summer fun. All shows for all ages are free, and buses to shows will be available going out of Manhattan or Brooklyn for $20.

Why: Celebrate Brooklyn! is one of New York's longest running music festivals. As usual, the summer 2011 line-up does not disappoint. The majority of the festival is free and open to the public, but there are a few benefit concerts offered with proceeds to support the free shows at Celebrate Brooklyn! The festival offers shows with some of the biggest names in indie, alternative, and world-music, as well as many up-and-coming bands.

Why: With some of the hottest bands, this concert series has been wildly popular in recent years. With a Hudson River sunset as a backdrop, RiverRocks puts on show after fantastic show with a refreshing mix of eccentric music. Don't Miss: tUnE-yArDs with Austra (July 14, 6pm), Metronomy with Class Actress (July 28, 6pm), Deer Tick with DOM (August 11, 6pm) 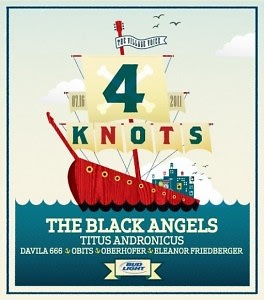 Why: A new indie-rock festival launching this summer from The Village Voice, the name 4Knots cam from the rich nautical history of the Seaport. With bands like The Black Angels, Oberhofer, and Mr. Dream on Pier 17, and cutting edge DJ sets at the 4Knots Indoor Lounge, it's bound to be quite a show.