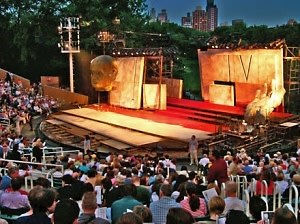 When it comes to society’s movers and shakers, no one does it quite like Shakespeare. This summer, theatergoers can celebrate the playwright’s living legacy for another season of The Public Theater’s Shakespeare in the Park. Now in its 50th anniversary season at the Delacorte Theater, this acclaimed outdoor series will offer eight weeks of free performances. The 2012 season kicks off tonight with a four-week run of As You Like It, starring Lily Rabe as Rosalind. On July 23, the theater will house a four-week run of Stephen Sondheim and James Lapine’s musical Into the Woods, starring Amy Adams and Jack Broderick. [Photo via]

In the tradition of Shakespeare in the Park, tickets will be available for free the day of the show. Early risers and patient performance enthusiasts will be rewarded, as a culture has grown out of theatergoers waiting in line to snag the much coveted tickets. 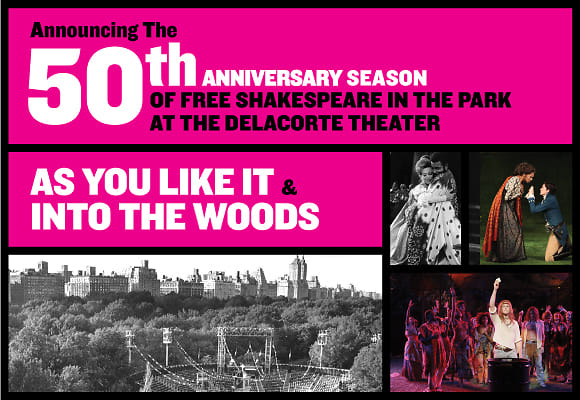 Free tickets are distributed (two per person) at 1 P.M. on the day of the performance at the Delacorte Theater’s Box Office, but long lines are likely to form, so you’ll want to plan accordingly. Snacks, sunscreen and maybe a Shakespeare play to get you in the zone are strongly suggested. The Public Theater will also offer tickets through a “virtual lottery” on its site the day of the performance.

Important Dates: -As You Like It -- Opens for Previews on Tues., June 5 with an official press opening on Thurs., June 21.

Schedule: Performances begin at 8 P.M. and will run on most evenings.