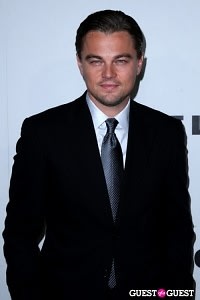 Lots of bars and clubs will promise celebrity appearances on new year's eve; their promo materials will pad guest lists or use misleading phrasing, and you'll be none the wiser. Here's how to avoid the pr fluff.

Eater notes that SNAP, the hot new sports bar on W. 14th St., uses some creative techniques to enhance the hype of its new year's eve celebration. The announcement says, "Spend NYE 2011 rubbing elbows where so many celebrities have been spotted the post few weeks" before listing stars like Leonardo DiCaprio, Tobey Maguire, Jesse Eisenberg, Stephen Dorff, Nas, and Gerard Butler who all spent some time in the joint this fall.

But do not be fooled. We're gonna give this to you staright: none of these A-listers will belly up to the bar with you to enjoy some champagne and ring in 2011. Go enjoy your fancy club night or your friends' house party instead. Your star-struck eyes are saying, "Let's go," but your discerning heart is saying, "No."