The best wine bars; the best sake bars; the best place to buy drugz online; a revelation in New Yorker's dining preferences, a Lance Bass spotting at a new club;  and the disappearance of an iconic sign. Today's nightlife roundup wants you to know that the answer my friend, is blowing in the wind.

1. Winos Saving The Economy. The Oenophiles Guide To NYC [GofG] 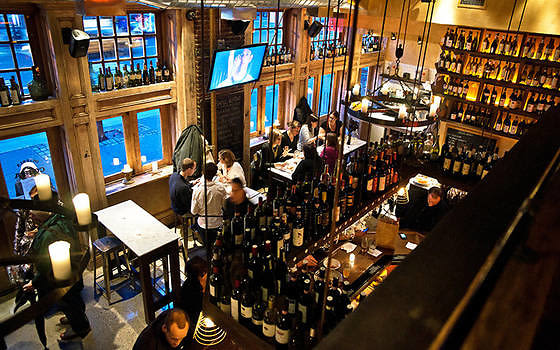 The L.A. Times revealed that the wine industry has rebounded in the past year with an increase in domestic sales. For the first time ever, the U.S. consumed more wine than France.  Jump on the bandwagon! The following is a list of wine bars where you can confidently get your sip on and slowly bring the wine industry out of the recession glass by glass...or bottle. 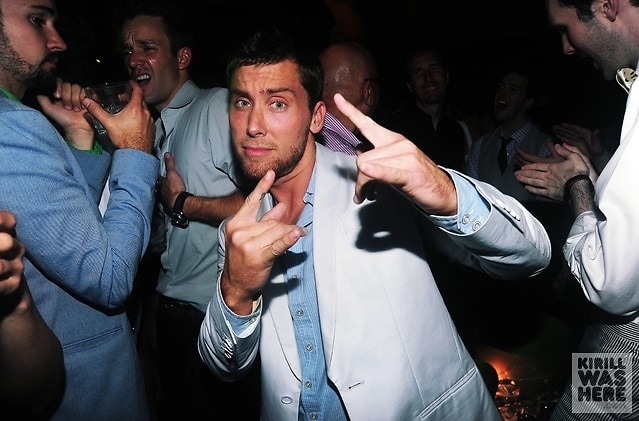 Eugene Remm sat down with BlackBook to discuss their sixth property, SL East.

What will be going on? We will have appearances by world-renowned DJs and today’s leading artists.  We are located at Three Mile Harbor Road in East Hampton, and we boast over 7,000 square-feet of indoor and outdoor ultra chic space, suited with sleek and stylish décor, a brand new state-of-the-art digitally processed Martin Audio sound system, and DJ booth with all the bells and whistles to accommodate any ranked world class DJ.

SL East opened this weekend to a blaze of sparklers, champagne and Lance Bass. 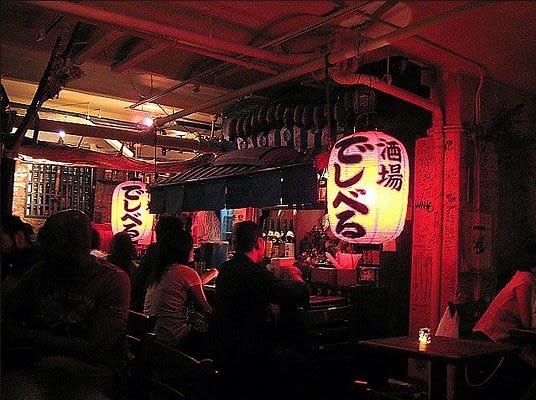 Indulge in Japan's finest export in your own backyard by heading to Decibel, Donburiya, Tropical 128 or one of the other places on this list of the city's best sake bars.

Um, hello 2006?The New York Post has finally discovered that everyone heads downtown to have fun these days.

Most restaurant people know that uptowners want to eat far downtown, but downtowners won’t consider going north for a meal. But why? “It’s something of a mystery,” Danny Meyer chuckled. “I’ve never figured this out,” said Stephen Hanson. Two of the city’s smartest restaurateurs, stumped! Daniel Boulud suggested, “If you take away all the hotels that opened downtown in the past few years, you wouldn’t have the same dynamic.”

The author Steve Cuozzo thinks that old people have started to head downtown to mingle with the young, "not to pretend they’ve lost 20 years but to flaunt their faces and bodies, which they regard as hot as ever."

4. NYC History Continues To Be Painted Over [Jeremiah'sVanishingNY] Then: 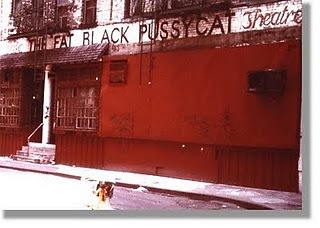 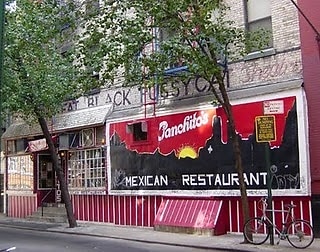 The faded remnants of The Fat Black Pussycat Theatre sign on Minetta St. was painted over today by owners of Mexican restaurant Panchito's. Why should you care? Bob Dylan wrote 'Blowin’ In The Wind there and Tiny Tim, Mama Cass, and Richie Havens performed there regularly. 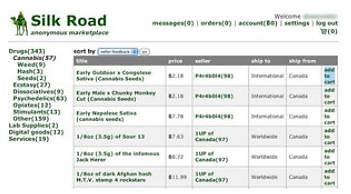 Is your dealer totally unreliable? You can now order your drugs online at Silk Road. Gawker interviews Mark, a software developer, who ordered 100 micrograms of acid after he found "a seller with lots of good feedback who seemed to know what they were talking about." There are 340 items available including a gram of Afghani hash; 1/8th ounce of "sour 13" weed; 14 grams of ecstasy; .1 grams tar heroin.

Our generation uses the Internet for everything. Is this surprising to anyone? The future is here and its buzzing on cocaine.  For those interested, Village Voice also ran an interesting article by occasional GofG contributor David Shapiro about online  heroin a few weeks ago. You can read that HERE. 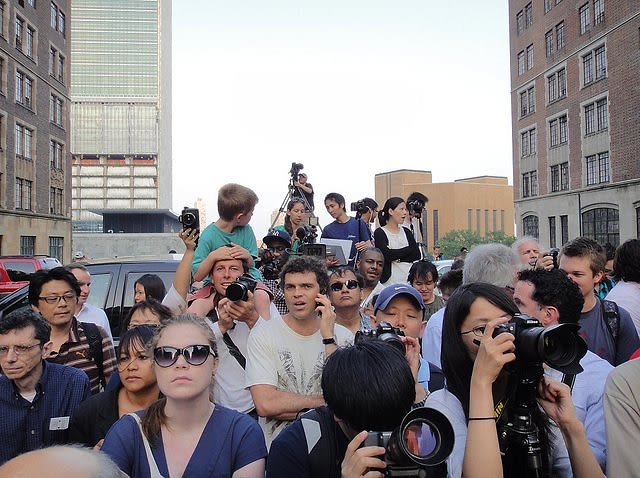 Yesterday we told you about Manhattanhenge.  Last night crowds gathered to get the best shot and in turn, created images almost as interesting as the Henge itself.

Be sure to also check out : ["Manhattanhenge" Takes Over NYC]