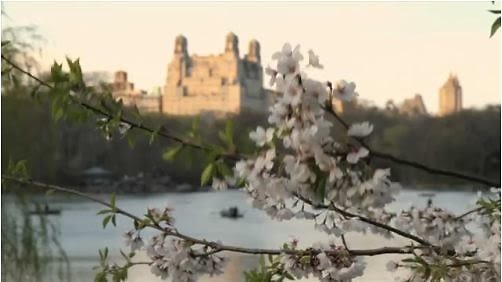 Living in New York, more often then not we are agitated by the symphony of blaring car horns, rather than moved- furious at the torrential rain forcing us to hail a taxi, rather than appreciative of the ten minute respite spent staring out a splattered cab window.  Occasionally we need a reminder to visually devour our surroundings, and this video does just that.

Filmmaker and native New Yorker, Andrew Clancy, shot a short film titled "A Year In New York" that has been gaining fans in the city of subject and beyond after first appearing on Mashable yesterday.  Clancy gathered footage of our bustling metropolis over the course of a year, culminating in what he called "a never-ending project".  Clancy explained,

"Living in New York I'd grab my Canon 7D, or S95, and shoot footage of what was going on around me. It seemed like a never ending project and you could stay filming life in New York for a long time. But eventually I put my camera down and started to edit. Here's the end result, it's a bit rough and ready but that's life in the Big Apple I guess."

A Year in New York from Andrew Clancy on Vimeo.

Set to "We Don't Eat" by Irish singer/songwriter James Vincent McMorrow, the 4:55 video features shots of everything quintessentially New York, from the 7 train pulling past the iconic Silvercup Studios, to die-hard Rangers fans losing it at the Garden; runners and rollerbladers cruising through the park, to late-night, outdoor summer concerts; from the blinking beacons atop NYPD cop cars to the twinkling lights of the colossal Rockefeller Christmas Tree- resulting in a proper homage to a city that never sleeps and its lucky inhabitants. 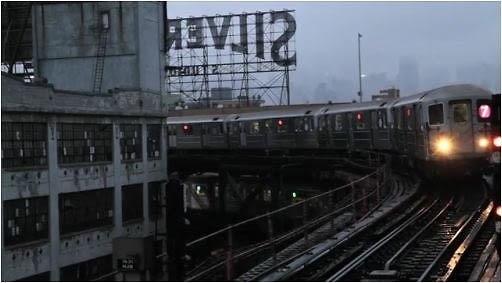 Sometimes words cannot do justice, as "A Year in New York" so beautifully confirms.  Despite the chaos that surrounds us there is a common thread to us all- an excitement, a resilient optimism believe it or not, that make us truly New Yorkers.

The next time you're standing on the subway platform, rinkside at a Rangers game, cabbing it over the Williamsburg bridge, biking through the West Village or wandering the streets of the L.E.S., take a good look around and remind yourself how aesthetically rewarding it is to live in a city such as New York. 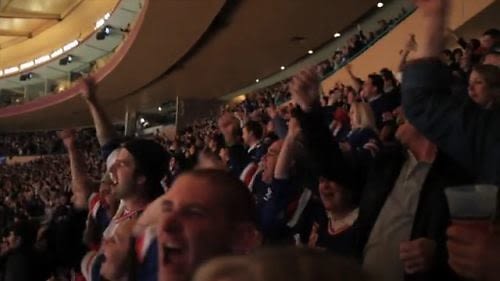