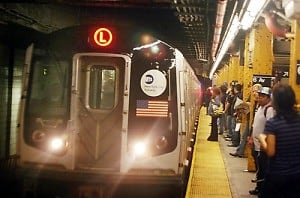 I never ride the subway late at night, in fact I don't go out unless I have an extra $20 in my pocket and I know I can grab a cab late at night after the bar.  It's the "responsible" thing to do, be prepared and be safe right?  So you can imagine my shock when I was mugged broad daylight in front of tons of people.

I like to think of my neighborhood, Williamsburg, as a safer alternative to the Lower East Side.  I don't even know exactly how I came upon this assumption, but I like it.  I love Williamsburg and I've never really had an issue but yesterday I was mugged on the L train at the Lorimer stop.  I always imagined if anyone tried to mug me they'd for sure regret it, I'd scream, kick, punch and put up a hell of a fight, or at least try to reason with them, but that's not what happened at all.  I sat there, still with my headphones on freshly ripped out from my phone and just watched the guy run off.

Friends asked "didn't anyone stop him?" , no of course not, no one even knew what happened until I could get over my shock and speak to them all.  "You never sit near the door", well tell me dear friends, where exactly is not close to a door?  Unless you're on a packed subway it's pretty easy to get to a door no matter where on the train you are located.

So just how frequently does this happen to people and what can you do to avoid it?  After all I see iPhones, iPads, blackberries, iTouches, droids, and even laptops on a daily basis just out in plain sight while people read or play games.

Although through research you'll find the rate of serious crimes such as rape and murder are lower than the past few years, it seems these little acts of theft are on the rise.  "About 15 percent of total transit crime is "school crime" crimes that occur between 7 am to 5 pm and are committed by school kids under 18" NYPD Deputy Commissioner Paul Brown stated back in December 2010.  And, surprisingly Transit Bureau Chief Raymond Diaz says most subway crime actually occurs between noon and 8 pm. 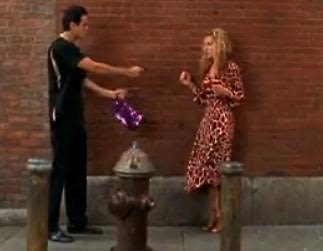 37 percent of all subway crime involves theft of a cell phone, and 45 percent involves the theft of an electronic device.  The most ironic part of all this?  Just last night Metro New York posted an article entitled NYPD transit police are undercover, underground, the first few lines read:

"Pickpockets beware:  Transit police are planting decoy passengers along the rails.  Dressed like typical straphangers, the plainclothes officers even fake falling asleep like riders do, only to nab the thieves tempted to purloin their iPhones, Blackberrys and other electronic devices".

Well isn't that nice, where the hell were the undercover police when I was grabbed and my goods were stolen?!?

So here's the MTA safety guidelines, follow these and your full proof right?

Don't flash cash It's a good idea to carry as little cash as possible and rely on credit cards, debit cards, or checks. Above all, never display large sums of money in a crowd or on a train.

Don't leave valuables behind Even if it's "just for a second," don't leave any bags or briefcases unattended. It's a lot easier to carry your bag to the station booth when you want to check a schedule than it is to replace its contents.

Keep your pocketbook in front of you A loose bag is an open invitation. Make sure your bag is securely closed and carry it in front of you so no one can slip it open or snatch it from behind.

Travel smart Briefcases, pocketbooks, backpacks, and suitcases should be marked for identification purposes. When possible, use a business rather than a home address. If you use the overhead compartment, don't assume your valuables are safe. As an added precaution, record model and serial numbers, especially of cell phones, laptop computers, and other electronic devices, all of which are popular with thieves. That will help identify them if they are lost or stolen. Stay alert for suspicious behavior.

Never assume you're safe Traveling the same route every day can lead to a false sense of security. Crime prevention is a daily job and should be an important part of your trip. The more alert and aware you are, the less likely you are to be the victim of a crime.

Sound the alarm If you are the victim of a pickpocket or thief, announce it immediately to let your fellow passengers and railroad employees know that there is a thief in the area. This will increase the chance that the perpetrator will be apprehended and your valuables returned.

And of course… Don't play iPhone games openly on the subway unless you have that shit chained to you, or you have superhero fast reflexes.

All I can hope now is that my little thief, who I do suspect was under 18, runs into one of those NYPD undercover officers and gets what's coming to him.  I sent him a fair amount of nasty texts to my phone but I'm sure by then it was off and never made it to his head.

I've replayed this 1,000 times in my head since yesterday and I suspect just as the thief thought, or didn't care enough to think, I am on my way now to replace my phone and put the rest of the stuff back together that I lost, and put this to rest.  I will not however be playing anymore Boggle, Angry Birds, Turtle Fly or any other amazing iPhone games while riding the subway.  It really sucks- but I've learned my lesson.

Do you have a nightlife story you'd like to share with us?  We're accepting reader submissions. Just email mara.siegler@guestofguest.com.

[After Dark Chronicles: My First Time At Le Bain]