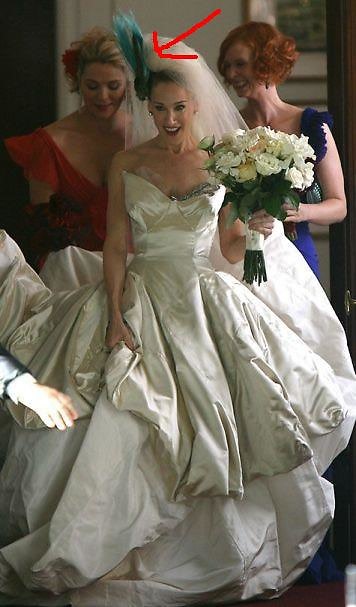 Yesterday, our own contributer Holly G. had a little run in with the Sex and the City crew outside of St. Patrick's.  Today, Jezebel unleashes that horrendous picture above.  Okay so Carrie gets married, big deal.  What the fuck is on her head?!  It looks like a bluebird landed and then took a shit in her cleavage.  What a great job these people are doing with promoting the movie.  We have seen shots from filming almost daily.  They have done such a great job that no one is goinig to go see the damn thing because we already know what happens in EVERY single scene!