If you're in a certain circle of downtown, chances are you've been hearing about Josh and Benny Safdie's gritty new film, Uncut Gems, for ages now. It stars Adam Sandler in one of his rare non-goofy roles (which always prove to be singularly amazing) and New York cool girl Julia Fox, for whom her character was actually written (she's been a friend of the Safdie brothers, who are also friends with Emily Ratajkowski's hubby/producer of the film, Sebastian Bear-McClard) for years. Oh, also The Weeknd is in it.

The movie, which follows Sandler as gambling jeweler Howard Ratner, will be in theaters nationwide on Christmas, but early buzz has already hailed it a distinctly New York cult classic. No wonder it was picked up by indie production company du jour, A24.

In anticipation of the nationwide release, A24 has recreated the fictional jewelry store where the drama goes down. This weekend only, "KMH Gems & Jewelry" is popping up in Manhattan's famous Diamond District, housing a free jewelry cleaning station, along with $1 million worth of bling, some of it shoppable, some of it replicas of the pieces featured in Uncut Gems, including a crystal-covered Furby. Upstairs, movie buffs can take in an exhibit of costumes, props, and production materials, such as The Weeknd's wig and a Nike shoe worn by NBA star Kevin Garnett, who also makes an appearance on screen.

Whether you're a fan of the film, the directors, or are just about that drip life, this pop-up can't be missed. 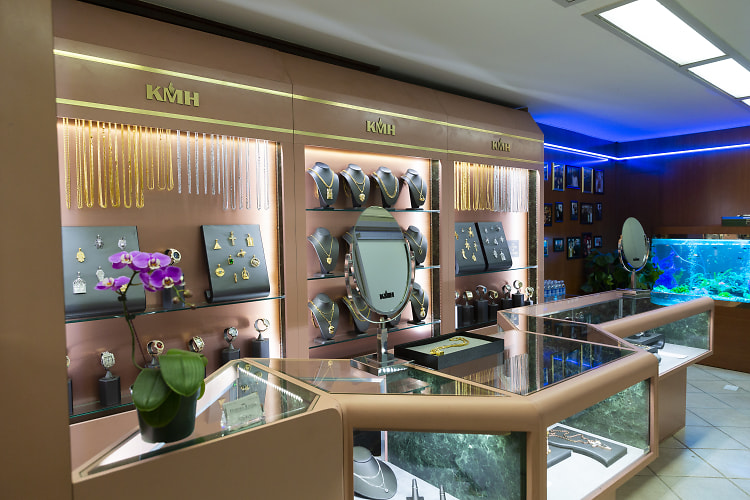