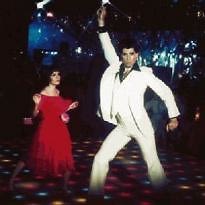 NYC is burning up with comeback fever. What can you say other than some like it hot? The comings and goings of the next big thing appear to consume almost as much, if not more, than the actual thing that is coming and going.

For example, the Jane grew in popularity as soon as talk arose that the neighbors were freaking out and whispers started that its hot spot lifeline was dwindling. We embraced this because the fallout brought us back to Beatrice's decline, a pulp-of-life felt loss heard across PYT circles throughout the city. The interesting thing is that when the Beatrice was actually around, it wasn't the end all, be all. A great spot to be sure, but it seems it was the sense of loss which really hit home.

What is it about New Yorkers and loss? It's interesting that we constantly debate the old versus new New York, while at the same time pairing lament with pride about our city always changing, evolving and reinventing itself.

Until everyone in this city thinks that Studio 54 has always been a theater (a great one, I might add), great nightclubs will always confront comparison to the heyday of Rubell and Schrager. Why? Because it's gone. This month's Vanity Fair walks through the history of disco, often intermingling snippets from Studio's usual suspects. One notes that when the movie Saturday Night Fever came out, disco was on the decline. The film, however, might have tapped into this perfectly, resurrecting that sense that greatness, all too brief, came and went.

The movie, based on the Nick Cohn article about the pre Guido Italian achieving immortality through dance and local notoriety, conveys its protagonist's penetrating sense of emptiness to honor that of the subject of the original article. Being the seemingly happy king of a city subculture does nothing to prevent his obsession with death and the bleak.

Did he, and do we, love suffering? Carrie Bradshaw once asked (discussing love, but is our relationship with the concrete playground not love?), are we masochists? Maybe. But then where does the comeback come in? All summer we watched the Meatpacking revive itself right back into our social lives, and now we're looking at the Financial District. Well, forgive my pessimism, but are we just anticipating the next decline? Is the comeback simply an opening for a different neighborhood to fall to the wayside?

Since day 1 we've supported the Nightlife Preservation Community. We want to keep creating, keep innovating, but what will we revisit in our minds, when our skin starts to wrinkle and we get looks saying we might not be dressing our age: the peaks or the valleys? Are we only happy if we can be sad, a no light without darkness type of deal?

Comeback fevers, highs and lows, the loss. It's living, it's life, right? New Yorkers might not only treat nightlife as a mirror of the public consciousness, but also a desperate search for what life is all about, be it friends, family, suffering, celebrity, fame...at the end of the day I don't think we're masochists, we're just searching. Is there an end? Who knows, but at least we'll be able to say we had a lot of fun trying to figure that out.