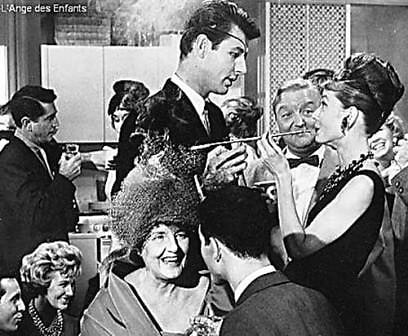 I love New York City for so many reasons. What's not to love about a place where a person can move to from anywhere and literally transform themselves? Sure there's dirt and grime, and hipsters popping up from behind you on every corner, but there's also so much fabulousness contained in such a small area that for many, it's too overwhelming. Every single day has the potential for containing more excitement than my friend's from home may see in a year. Today it's the tents at Bryant Park, a stroll down 5th avenue, and a pastry from Bouchon Bakery. Tonight, the options will be limitless...and it's only a Wednesday.

Living here has definitely changed me. I remember the first time I ordered take out from a non-pizza establishment at 1 am and thought it was the most magical thing I had ever experienced. I thought Duane Reade was a person, had no idea how to hail a taxi, or how "Houston Street" or "Greenwich" were pronounced. My first time in Midtown surrounded by the tall buildings made me feel like I was disconnected from reality.

Jeff Bridges once stated that "There's a certain power to naiveté. You don't know what can be done and can't be done. You just go for it."

It was years ago, but I remember my first months here like a fond dream. I didn't get the streets down for weeks because I was too busy being swept away by every corner bodega selling fresh flowers, every new smell that changed with each block, the people all so unique, and the fashion choices they picked to distinguish themselves.

Having been here now for 3 years, I am nostalgic for that period of childlike fascination and naiveness, but content on where I've come.

Now I know these things and so much more. Things like which floors at Barney's are "mine", where the best ravioli is located, (Barolo in Soho), how much money it costs to get to Tribeca from my apartment, where the best book stores are located, who Matt Drudge is, and how much the china costs at Bergdorf’s. I’ve learned that not everyone is fascinating to talk to just because they are successful in this city (as I did when I first moved here), that people are a lot of times feeding you bullshit, and even more times disinterested in you unless you have money, come from money, or are attractive (discounting the up and coming struggling artists and writers because they’re ‘hip’). I’ve also learned that in spite of all of this, there is more good than bad here, more engaging minds and open dialogues than anything I could have ever imagined. Preconceived opinions are thrown out daily as the people here continually surprise me.

When I moved to NYC I didn’t know anything outside of what I had read in books, seen in films, or absorbed via the multitude of other media outlets that people get bombarded with around the world that play a part in creating what New York means to them. For most, it comes off as sounding like an uninhibited, scum-infested, left of center, scary, lonely, curt, money-driven, romantically witty, encompassing, and captivating city all in one. Most people from home tell me that they can’t wait to “visit”, then later on throw in that they don’t know how I do it “out there” or that they couldn’t imagine living “there” for long. They honest to god make it sound like I’m living in Disney World or something-a place to visit but never stay for too long.

I find myself luckier than some, coming here from the "outside" means that I have been able to truly appreciate things about this city that natives may never get. I hope that no matter how long I'm here for, I will continue to be impressed walking into the new hip restaurant or driving across the Queensboro bridge, that I will still get excited from the sound of Cristal champagne being popped at Cipriani's, and continue to think of my possibilities as endless-truly endless not seemingly. This may be seen as a weakness to some, but like Jeff Bridges, I think it is a tool for me. If I only KNEW about half the things I was doing, maybe I would be too scared to try them in the first place. Being naive to me means that I don't know what "can't be done" and so maybe I will take more risks- risks that may turn out unrewarding, but taken nonetheless....nothing good ever comes without taking risks.

[All Posts by Holly Golightly]