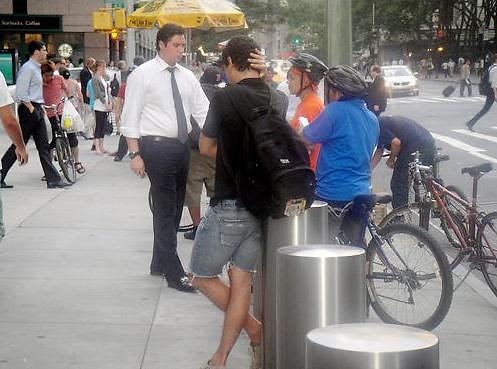 So apparently, at Bank Of America (and, we're told, other Finance companies), food delivery guys aren't allowed into the building. 364 days of the year we'd say, "Fine, whatever." But it's 103 degrees outside, and these guys biked all the way though the city to deliver your lunch in a timely manner. Shouldn't these companies be making an exception to the rule, just this once?-

1) Let The Delivery Guy Into The Lobby

This photo was taken yesterday outside the Bank of America Tower at One Bryant Park. The temperature was well over 100 degrees, and yet delivery guys were still not invited to spend five minutes cooling off in the air conditioned lobby.

Maybe the Bank of America guy pictured above in the suit tipped 200% and thanked the delivery guy effusively and brought him an iced cold bottle of water for the road.

But still: come on, people: can we let the delivery men inside today? Just this once?

2) Straphanging On The Subway? Just...Think About That For A Bit. 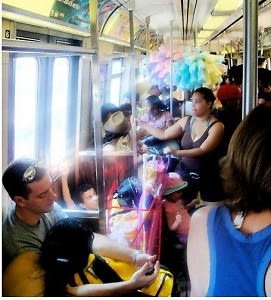 It's hot out. Subway stations aren't airconditioned. Sweat is natural! Everybody does it!

But, if you're hanging onto the strap on a crowded subway....just...be conscious of the shorter person who is unfortunately lodged under your arm. 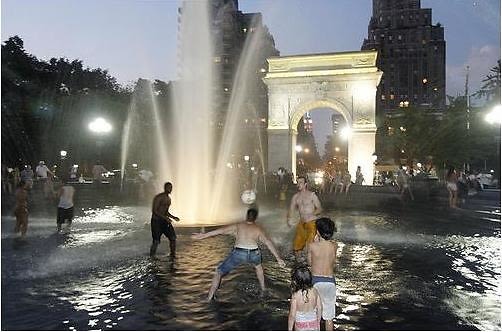 4) Not Everyone Appreciates Being Randomly Sprayed With Hoses 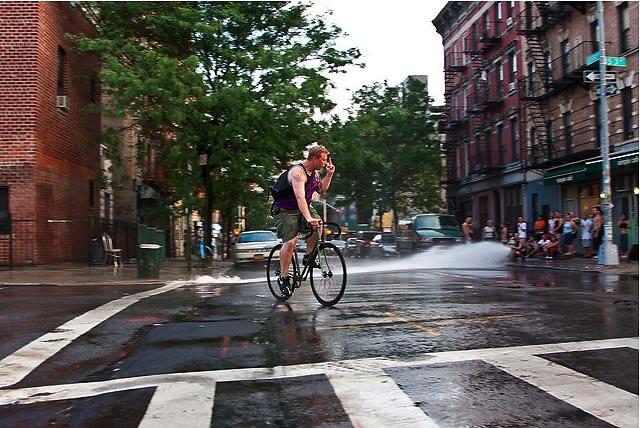 You Think: It's 10000 degrees! Let me altruistically spray this poor biking gentleman with the full force of this fire hydrant to cool him off!