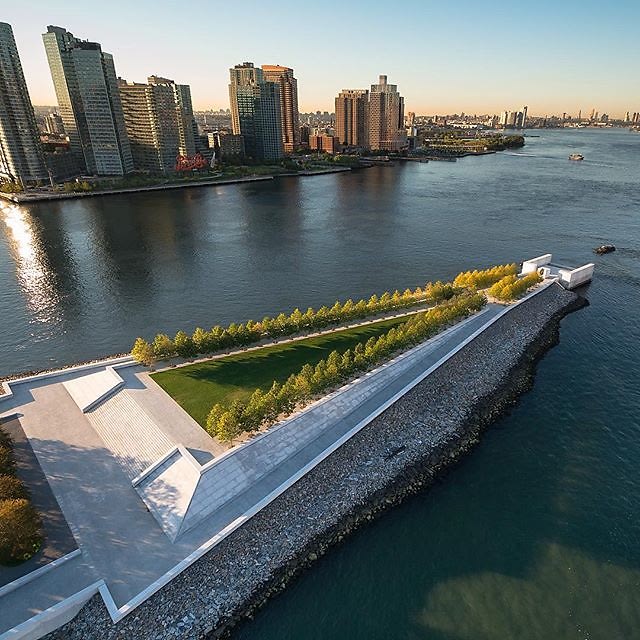 Dedicated to the legacy of Franklin Roosevelt, the Four Freedoms Park is located on the south end of Roosevelt Island (FDR, of course, has his own island…). The late architect Louis I. Kahn and late sculptor Jo Davidson both designed the park based on the Four Freedoms Speech delivered by FDR in 1941. Fun fact: One can take the Roosevelt Island Tramway car (AKA get hoisted in the air) to the island. Where: Roosevelt Island (Southern tip) Open daily, closed Tuesdays. April 1 – September 30, Park is open 9 AM – 7 PM October 1 – March 21, Park is open 9 AM – 5 PM [Photo via @chief770]
1 of 10