A perfect storm of trend is brewing in a somewhat unlikely place: Ridgewood, Queens.

New owners of a building in Ridgewood set about cleaning up the place when they uncovered a very nifty gem: an old and relatively intact bowling alley! Bowling has been staging a comeback (as if it ever needed one). Tastemaking model Agyness Deyn (along with partner-in-British-cool Alexa Chung)  knocked down some pins to prepare for Fashion Week. Then, the scene-seeking bloggers over at Flavorpill gave Williamsburg's Brooklyn Bowl (just two blocks away from The Gutter, another Billyburg alley)  their digital stamp of approval. Also, restored bowling lanes became cool furniture.

But that's not all. The Ridgewood lanes were used as entertainment inside what owners believe to have been a Prohibition-era speakeasy. And we all know how big those are these days. And that's not to mention how this old-timey discovery fits into the inexplicable antique/craft/Etsy craze doing the unthinkable by inspiring hungover hipsters to get out of bed on the weekend and hit up places like the Brooklyn Flea.

This Ridgewood discovery is one potent blend of cool, as satisfying as a smooth milkshake. Speaking of milkshakes, these photos remind us of the setting of another recent pop culture meme. 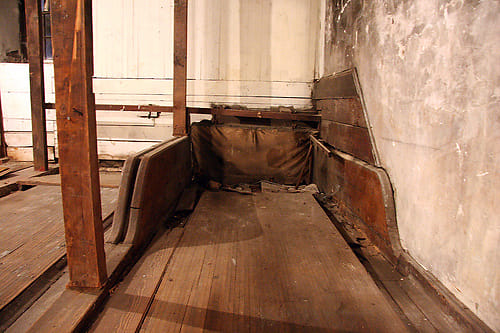 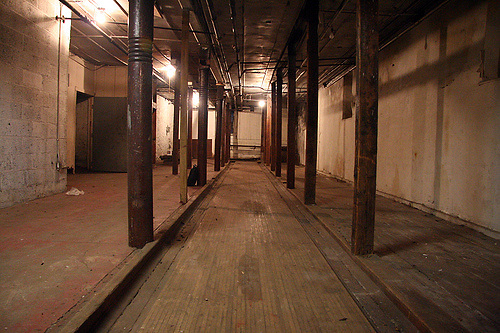