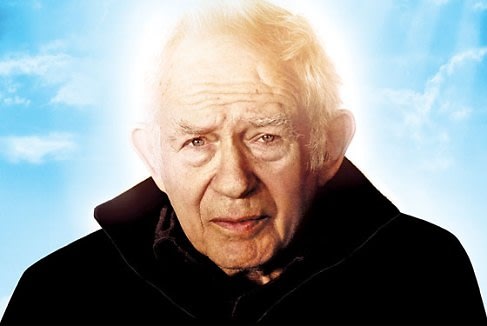 Norman Mailer died this weekend and instead of doing a biographical post of the man, we wanted to share with you one of our favorite interviews he did which we were just reflecting on yesterday, before we even found out he had passed. For a good recap on the man's life go here or here....through his many weaknesses, there's no denying Mr. Mailer had an impact on people, and more specifically, New Yorkers. This October, before his physical complications, NY Magazine ran a story titled "The Rise of Mailerism" highlighting the dialogue he had with one of his literary executors, Michael Lennon in his new book On God. In it, "Mailer laid out a highly personal vision of what the universe's higher truths might look like, if we were in a position to know them", including his spiritual beliefs on thing like God, the Devil, creation, and the after life. Anyone else see the irony here?

Here are some of the things we took away from it:

-Mailer's god is a fallible artist who is learning along with us. Evolution is God's studio in which some of his creations work, and some need improvement.

-His beliefs on reincarnation are especially fascinating to us. Karma plays a role, but Mailer points out that God's creative interests, as well as his needs in his struggle with the devil are more powerful. Souls can be eliminated for various reasons, they could be "tired" but also simply no longer "interesting" to God. This was pretty powerful reading for us so we will include his response in full:

Can God execute a soul? Why not? How not? God can create us, God can end us—which is part of the huge fear people have of God. God can terminate us. Absolutely. But God hates to give up on an interesting artistic possibility in a human. So let’s say He might take very bad people and have them reincarnated. I would say God sees wonderful potentialities in awful people. One of the reasons they were so awful was because they had large potentialities that became frustrated early and so turned into their opposites. Concerning this particular soul, therefore, God wants to try again. Or, to the contrary, take the case of someone who is perfectly bland and pleasant, good and decent, yet God is not vitally interested. That soul has done about what it’s going to do and is no longer interesting to the Lord’s higher purpose. God might then decide, We can only reincarnate him or her in an animal. We have to see if that soul responds to a more arduous life. Or God may decide—not worth repeating: Just as an artist can be ruthless, so can God when it comes to humans with mediocre lives."

-The devil's goal is to create a mechanized world where souls are increasingly interchangeable. Technology is his greatest weapon. An example of this is of course the Holocaust and the nuclear bomb, both enabled by Technology. They "fouled up the mechanics of reincarnation, confusing God, devaluing all souls."

-Inventions like plastic and flush toilets insulates people from the truth of their existence.

-Courage amid uncertainty is ALWAYS the highest virtue.

-"The purpose of existence is not known. God may often dwell in states of bewilderment. That makes more sense to me than that God knows clearly what He or She is doing and tells us how to do it. If that is the case, we are no more than extras in a huge opera."

-Mailer believes the point is that the purpose of life may be to find higher and better questions. Why? Because what I believe—this is wholly speculative but important to me—is that we are here as God’s work, here to influence His future as well as ours.

Well, one thing we do know for sure, is that the soul known as Norman Mailer is gone. However, we are confident that if his version of the story is correct, he will be deemed interesting enough for God to keep on board.