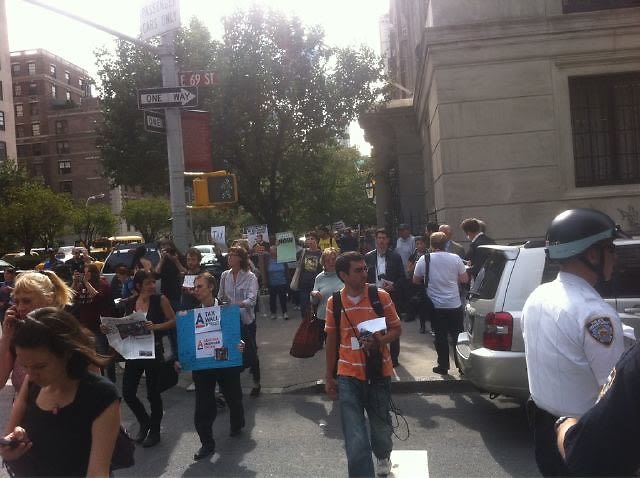 Now almost a month since it's beginning, Occupy Wall Street is still spreading - and this time to Park Avenue. Protesters took the homes of billionaires, specifically Jamie Dimon, the CEO and chairman of JPMorgan Chase & Co. "Occupiers" waltzed right up to his uptown pad and milled around chanting for a good couple of hours today. Foster Kamer, the Senior Editor of the Observer, tweeted his sightings throughout the day to our amusement.

I bolded some of my favorites:

Everyone yelling down the march line: "DAVID KOCH. HE HAS NINETY BILLION DOLLARS." Guess that's where we are now.

Woman carrying sign that says I AM WARREN BUFFETT'S SECRETARY. I asked her, she is not. Says Warren's sec pays more in taxes than he does.

One of the giant checks the Millionaire March is "presenting" to Jamie Dimon. http://yfrog.com/kkwgwdaj 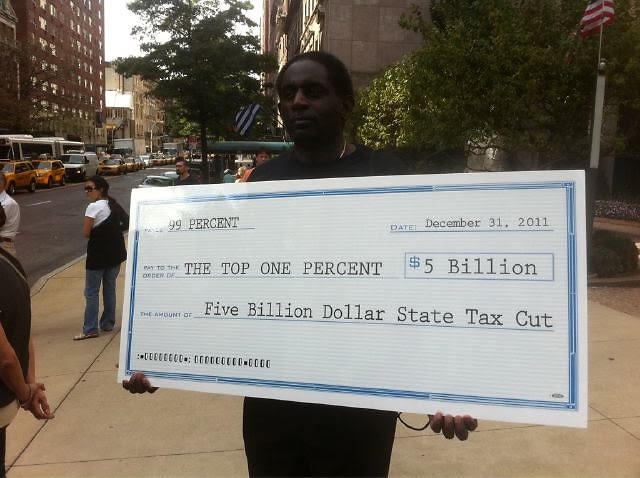 Millionaire March making its way up Park past 84th Street.http://yfrog.com/nzui1imj

Word on the street is that the NYPD White Shirt who arrested everyone on the Brooklyn Bridge is here overseeing police presence. 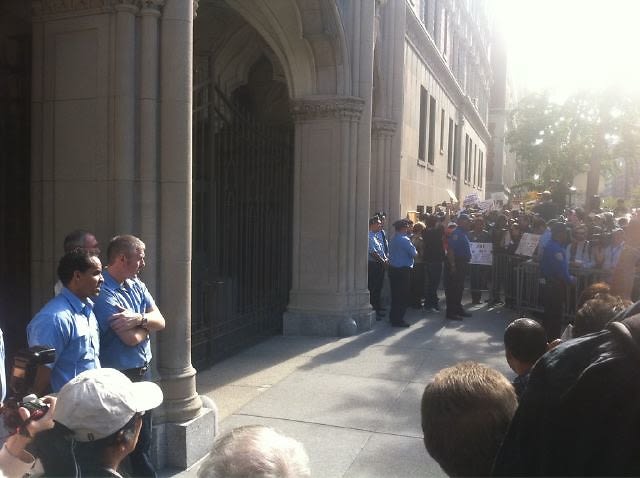 Must say, Dimon's building is nice, but I'm surprised by all the window unit ACs. Tawdry!

Just saw gaggle of girls getting out of school on 93rd, in uniform, w/nanny, holding up heavy metal "devil horns" and cheering on protest.

Construction workers at UES brownstone cheering. Protester: "Been down to Occupy yet?" "Nah, but we'll be here tomorrow!" they laugh.

The New York Times' Robert Harris in action! UES resident complaining about how "these kids won't listen to [me]."http://yfrog.com/ocgvwzj 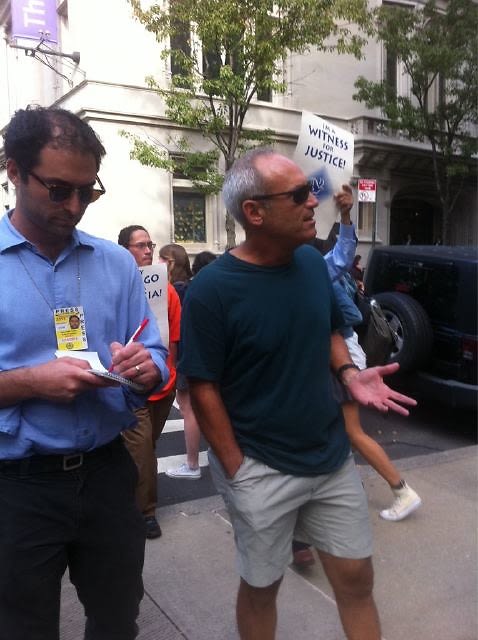 Occupy the Guggenheim! Down with oppressive and circular architecture! http://yfrog.com/kk47ohxj

Not sure what billionaire is at 1050, but for the record, it's kinda fugly

Also, marching around the UES all afternoon has given me serious doggie-envy. Pups! http://yfrog.com/nwzmrbj 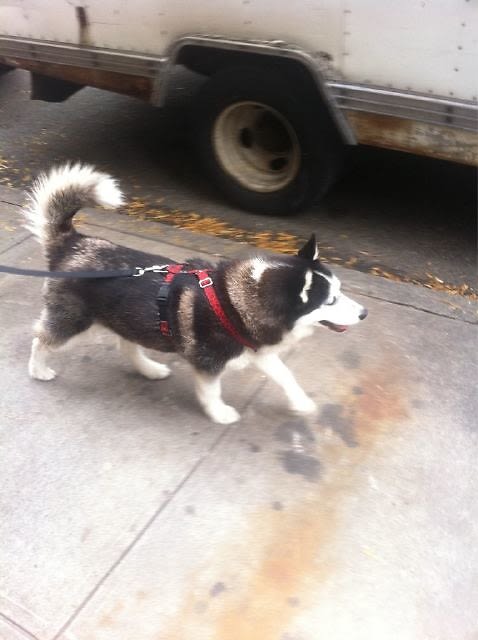 And that's the ball game! Millionaire March ends at 86th and Lex, where protesters board 4/5 back down to Zuccotti just before rain starts.

Currently part of post-march #OccupyShakeShack. The revolution's cravings will not go unsatisfied! http://yfrog.com/kh3kxcbj