As the protests on Wall Street grow, it comes as no surprise there is a new movement on the rise, the 'We Are The 53% Movement.' A right-wing movement (not just those from Wall Street), the 53% is a blog that features posts from those that are against the Occupy Wall Street protests and don't want themselves to be classified as the 99%.

Tired of the whining on Wall Street, these hard-workers write down the reasons as to why they are not, and do not, want to part of the 99%.

So here's what you need to know:

The brainchild of Erick Erickson 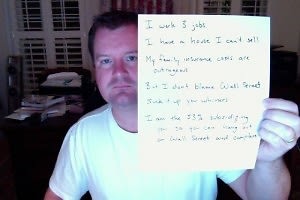 It's not just the white, upper class millionaires fighting back - don't worry!

A group that are fed up of people moaning, they make their money, pay their taxes and are angry that their money is what is funding people being able to protest and sit about making a point on Wall Street 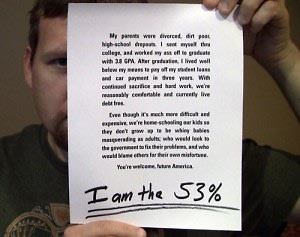 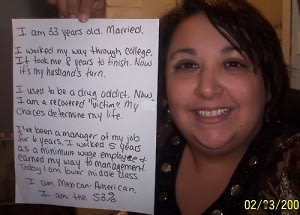 Why Is It Popular:

It isn't just the millionaires fighting back

Many view it as the silent majority of America 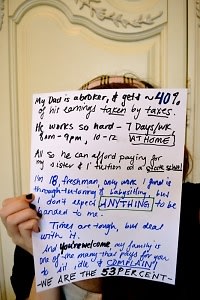 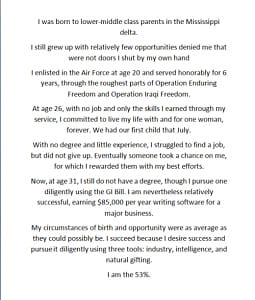 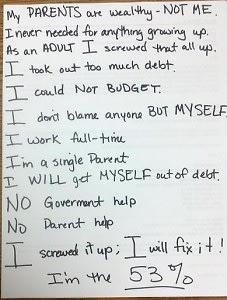 If you don't want to be part of the 99%, take a piece of paper, note your reasons, take a picture and join the 'We Are The 53% Movement'.