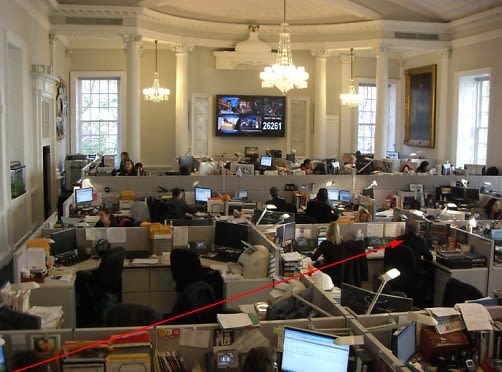 Mayor Michael Bloomberg is a mayor for the people.  Why would he be such a good candidate for president?  Well for starters, he runs his government much like a business (on top of owning the business of all businesses).  Bloomberg cleaned up our city, and we think he could clean up our country.  Drawing from both the Republican and the Democratic parties, he provides a clean center position that tends to be liberal on social and some economic issues, yet he's a fiscal conservative.  He approves of stem-cell research, gay marriage, strict gun and drug laws, and is pro-choice.  He's also a leading business man that is globally known and respected.  What else do you want? He's smart and humble, and has done more for people in this country than the majority of our political leaders.  Here's some facts about Mike Bloomberg:

-He declines to receive a city salary, accepting $1 (yep one dollar) annually for his  services.

-He gave over $300 million to the John Hopkins research center and has contributed over $150 million each year to various charities.

-He refuses to reside in Gracie's mansion, the official home of the mayor, instead keeping his UES apartment.

-He takes the subway to work each moring in city hall.

-He cares about our environment and created plaNYC for a "Greener, Greater New York".

-Oh yeah, he also sits amongst his collegues (literally) instead of in the big mayor's office.

The photo above, taken from the New York Social Diary shows him at his cube alongside an assistant.  This way he gets to be right in the action with everyone else.  Do you notice what he's reading on his computer screens?  His office is the oldest building in City Hall still in use for its original functions, in large part because of the rennovations and money Bloomberg put into it.  His own interior designer Jamie Drake did the remodel.  In one word, we'd describe Bloomberg as "Responsible."  We would feel secure having him in the pilot seat....now someone's just gotta convince him to run! 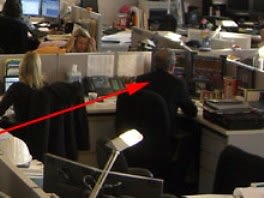