So Kim Kardashian and Kourtney Kardashian are Konquering New York City, following Patti Stanger as the latest West Coast based reality stars to transfer to the big apple. But just because you live in New York, open a store in New York, and even profess to love New York in spite of all its foibles, you still probably don't qualify as a real New Yorker.

New Yorkers, real New Yorkers, are quick to tell you that coming here for NYU, or to try your luck as an actor, or to experience life in the big city, doesn't make you a New Yorker, it makes you everyone else.

The general rule of thumb seems to be that to qualify as a real New Yorker, you have to have lived in the city for a minimum of ten years, and that's being generous.

Otherwise, there are certain milestones, or rites of passage, that may get you a New Yorker status earlier.

It's hard to identify what makes a true New Yorker without feeling like you're trying to be Carrie Bradshaw, even in this post Carrie Bradshaw New York. Still, we asked our friends at what point they considered themselves to be New Yorkers. Do you agree with their responses?

So when can you maybe consider yourself a New Yorker?

When you can give cab drivers directions. 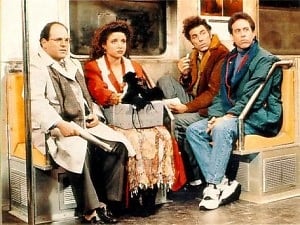 When you stop pointing out places you recognize (or even places that are just near your apartment) in movies or TV shows.

When, if you left for a year, and then returned, your coffee guy/dry cleaner/favorite bartender would remember you.

When you know which bars, streets, and even neighborhoods to avoid on the weekends (Ahem, the entire Bowery)

When you stop subletting, or at least have a permanent or long-term sublet.

When you stop being indignant about the cost of rent.

When you've lived through some sort of a disaster, whether it be blackout or blizzard or transit strike or worse...

When a random celebrity sighting isn't worth getting fazed, or even texting about.

When you stop referring to the subway lines by colors, and can name all the stops on any given line.

When you start SCREAMING at cars who almost hit you while you're crossing the street, something you'd never do at home.

When you don't cite Annie Hall or Sex and the City as your favorite New York movies.

Your family comes to visit you in New York, instead of you flying out constantly.

When you have a bagel place.

You don't care about walking into moving traffic because you are a master and the cars will wait for you.

When you realize that despite having told your friends that you're sick of the city and moving next year, for the past five years, you're never really leaving.

When you can stop bragging about living in New York.

When you feel incredibly entitled to the city, and annoyed by all the people who have moved to it after you.

When you can map out Central Park/Tompkins Park/Washington Square Park using street performers and homeless people as your landmarks.

The one constant about New York is that it's constantly changing, and because of this, New Yorkers are always aware of what's changed, what's different, and what's gone. (Like how the Dallas BBQ on University is now a Chase, how the Pan Am building is now MetLife, how Ground Zero used to literally just be a hole in the ground, and obviously before that...)

And, the one I think really sums it all up:

When you view New York with just as much nostalgia as you do excitement. 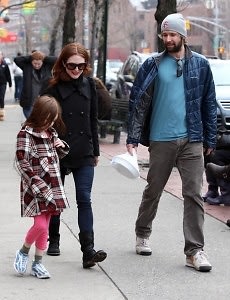 Celebrities Who Do Not 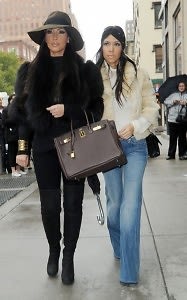 Anyone with the last name "Kardashian"

We're sure we're missing something here. What do YOU think qualifies someone as a real New Yorker? Tell us in the comments.