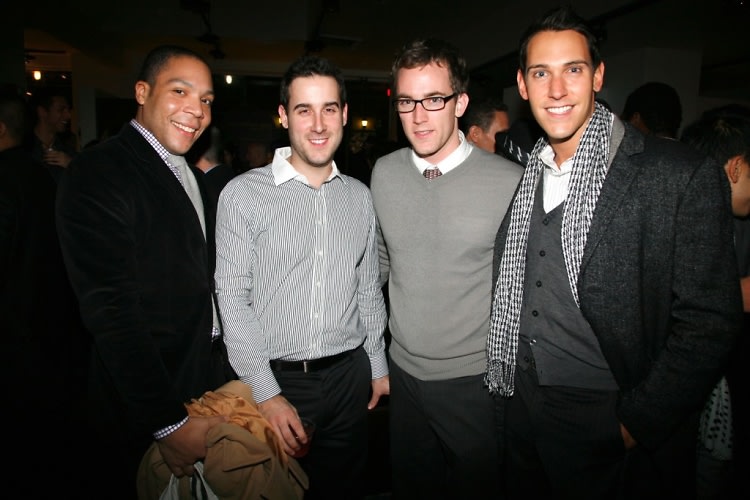 So, the wonderful thing about living in New York is that social lines are constantly being blurred and demographics that would in other places perhaps be more segregated are constantly mixed together. The downside is that sometimes it's impossible to tell if you're at a gay party or not.-

Earlier this year, when I attended the Met's Post Pride Party (which I didn't know was a Pride Party at the time), it wasn't until about 20 minutes of eating canapes and listening to the blasting ABBA music that I looked around and realized, "Hey, there are a lot of guys here."

The point is, in New York, where everyone is fashionable, well-dressed, and artistic, and every party is attended by gay and straight alike, how can you tell when you've ACTUALLY stumbled into a gay party?

Here's a (n admittedly based on generic stereotypes which are of course not true of the community as a whole, nor an accurate indicator of a person's sexuality)

Guide To Telling Whether It's A Gay Party, Or Just New York:

Let's use last night's BoConcept Holiday Party as an example.

The Invitation leaves things pretty ambiguous. There is a man on the invite...but there is also a woman. And a Holiday Party is pretty neutral. So far, nothing to indicate it might be a gay party

The Guests: Lots Of Men In Groups:

It's....suspicious. But come on, any fashion or design related party is going to attract the fashionable gay crowd and not, like, bros. This is still insufficient proof of whether the party is a Gay Party. 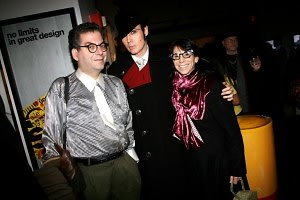 Is that...Michael Musto over there in the corner, standing next to The Dandy? Ok, we're on orange alert. Musto was, after all, the MC at the aforementioned Paper Mag awards. Still, the openly gay Theater Critic is ubiquitous on the New York scene. I saw him ride his bike up Sixth Ave the other day, that doesn't mean it's a gay avenue! Insufficient, still. 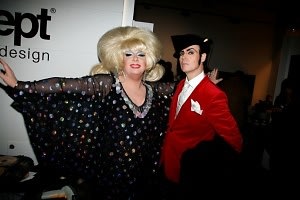 The presence of drag queens such as Lady Bunny or Amanda Lepore definitely nudges us into gay party territory..but still! Whose to say Lady Bunny doesn't just really like Swedish Furniture? 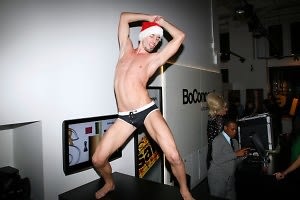 Male GoGo dancer in his underwear? Yep. It's definitely, definitely, a gay party. Grab a drink, dance, make some friends, but you're definitely not meeting anyone tonight. Unless you're gay...in which case, enjoy! 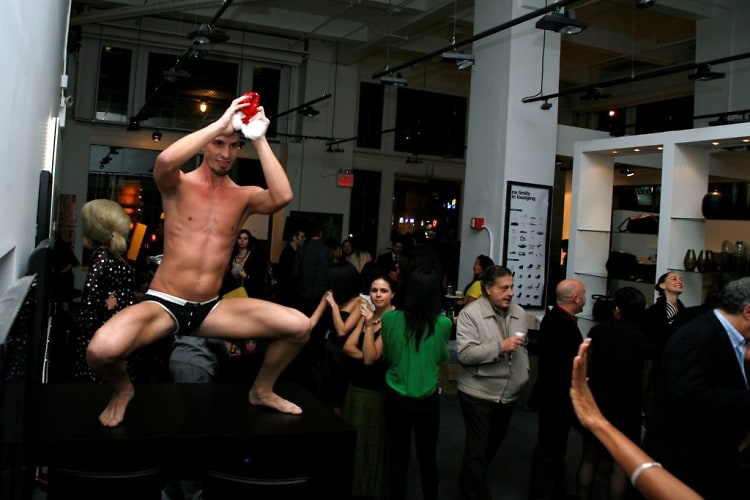 [All photos by Amber De Vos for PMc].