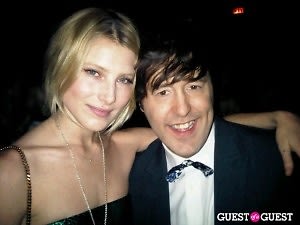 It was hard to spot the celebs amidst throngs of sleek, blonde thirty-something women and their beaus. But Dree Hemingway, model, actress, fashion icon, and great-granddaughter of author Ernest Hemingway, stood out from the crowd in a dazzling green cocktail dress.

“I knew you were going to ask me my favorite book!” she laughed. “I’ll say, ‘A Movable Feast.’” But when we said we wanted to know her favorite book of all time, not just of great-grandpa Ernie’s works, she quickly changed her mind, saying,

“Oh,‘The Catcher in the Rye’ or ‘The Great Gatsby!’ I would’ve loved to play Daisy in the movie version.” 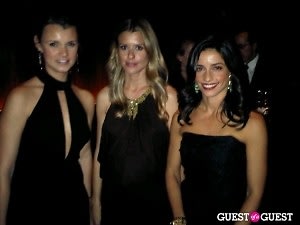 Designer Shoshanna Gruss, Vice President of MSKCC’s associate and children’s committee, told us why the organization was so important to her.

“I’ve been involved with Sloan-Kettering for ten years now,” she said. “And events like these really raise so much money and awareness for cancer research and getting these kids and their families the best treatment through such a difficult time. Yes, it’s fun to throw parties, but we do so much hands-on work that’s really what’s rewarding.”

Shoshanna helps plan an annual “prom” for MSKCC’s patients (and of course she donates lots of dresses from her own line) as well as a Halloween celebration and holiday parties throughout the year. For a well-known designer and socialite, Shoshanna’s refreshingly unpretentious. “I was really hoping that was peanut butter and jelly,” she told us as a tray what of hors d’oeuvres passed us by. Turns out it was-EWW- foie gras. 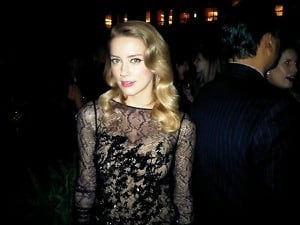 Hostess Amber Heard, who costars along Johnny Depp in the upcoming film,

“The Rum Diary,” said working with the actor, “is everything you’d hope working with Johnny Depp would be. He’s absolutely amazing, as far as his talent and him as a person.”

The perfectly poised actress also told us bringing help to those affected by cancer was, “

very important to [her] family. It’s something that can have such a devastating affect on any one of us, and it’s an honor to help make life a little better for the patients in any way we can do that.”