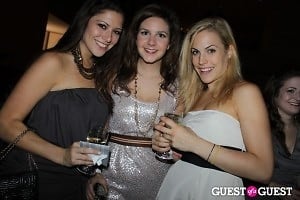 The past few days provided gathering opportunities for art patrons, future stars, and 21st Century networkers. Let's check out the latest from the GofG Galleries....

Go HERE for more photos by Blaine Wins, and tag yourself and your friends!

This Saturday was the October Ball Fundraiser at MoMA, which raised $120,000 to support vulnerable families in the greater New York area. Over 800 people attended the party, which included open bar by Diageo, and a silent auction with items from Christian Dior, J.Crew, Soho House, and Valentino.  As the ball wound down, guests headed to Marquee for the official after-party...

Go HERE for more photos by Mo Pitz, and HERE for photos of the after party by Benjamin Gustafsson, and tag yourself and your friends!

VIP Talent Connect, the exclusive, invite-only talent group hosted an event over the weekend at Caroline's on Broadway, followed by an after party at Dream Hotel.

Social Diva hosted a networking event at Travertine last Thursday for "entrepreneurs, corporate pros, and fashion industry faces." Guests enjoyed drinks by Partida Tequila, as well as the opportunity to engage in some 20th century Social work (as in, work that is social.)