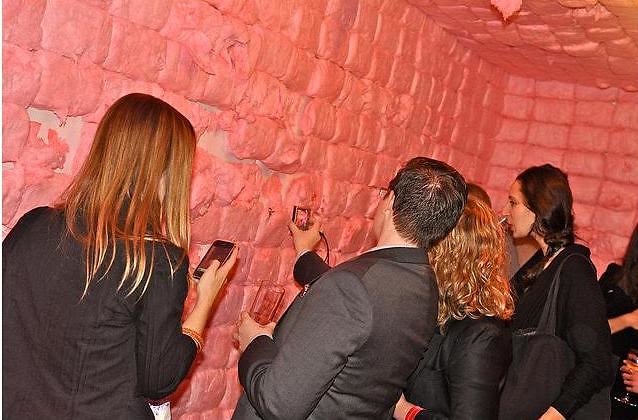 All photographs by Gerry Visco

By all accounts, the Red Party by Performa on Saturday was one of those Only-In-New-York-Once-In-A-Blue-Moon, epic, legendary parties. For example, even the dessert,  (walls made entirely of cotton candy), was an installation piece (by artist Jennifer Rubell) ....- 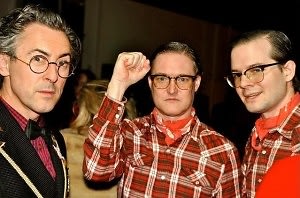 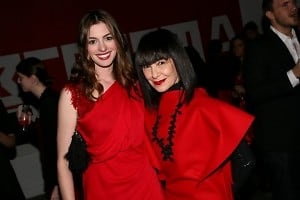 The Red Party featured décor inspired by the Russian Constructivists of the 1920s, including a remarkable set and banners commissioned by Performa, and handmade by artists Kyle Goen and Zach Rockhill. Upper-level ticket-holders were treated to cocktails, performances, and a seated dinner beginning at 7pm. Catered by BITE, cocktails and dinner featured creative ingredients with an interactive presentation format. Dessert was a new creation titled Padded Cell, by food artist Jennifer Rubell. The installation consisted of an 8 x 16 foot freestanding room, with a single door containing a Plexiglas window. Inside, the walls and ceiling were padded with pink cotton candy and guests were invited inside to eat the cotton candy off the very walls themselves.

At 9pm, The Red Party began with dessert, performances, and dancing with music by DJ Tikka Masala followed by DJ Pierce Jackson. A photo booth station was set up for guests to have their pictures taken with handmade hats by Erik Bergrin. There were also special performances by Chica Vas and Sexual Energies School: Leningrad, featuring Zach Layton, Nick Hallett, Brian Chase, and Mike Skinner, as well as a performance by Victor Longo with DJ Tikka Masala. 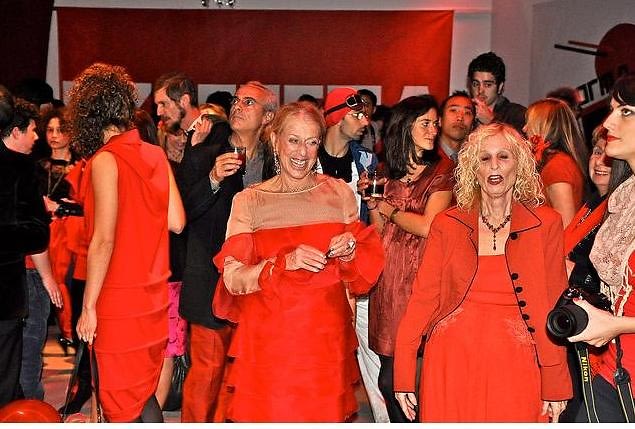 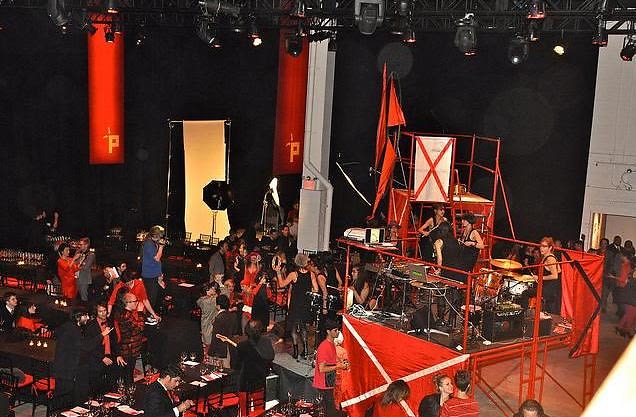 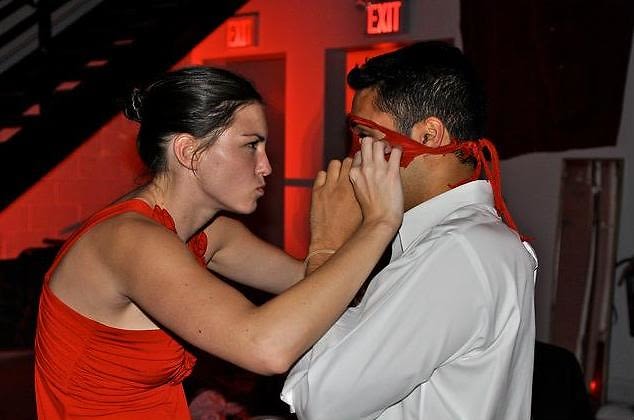