Sarah Jessica Parker and family took in a Broadway show, tiny tykes watched Where The Wild Things Are at the NYC Opera, young professionals sprung for a cure, the ACE Junior Committee head to the Crosby Hotel and much more! Find out what happened this weekend.

Opening Night & After Party for "Catch Me If You Can" 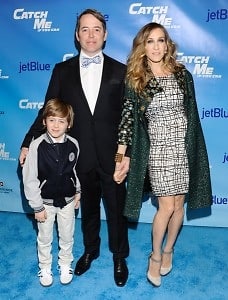 Other Details: Those who have seen the Leonardo Dicaprio movie are familiar with the story. Sounds like it would be good on stage, but critics haven't loved it. The NYDN says: "The show has wonderful moments, but issues abound. McNally's overstuffed story jockeys unsteadily between hijinks and serious drama. With Frank's story, the FBI agent's story and Frank's girlfriend's family's story, it's just too much." Opening night is still generating good buzz though, thanks to an appearance by Sarah Jessica Parker and family. Women with SATC delusions of New York mimic her every move, so there's a few hundred ticket sales right there.   [Via] 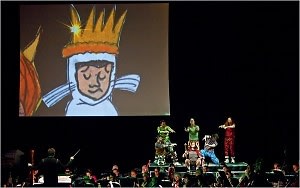 Other Details: Celebs came out with the kids to introduce them to the opera. Families got to view a performance of "Where The Wild Things Are" followed by lunch, face-painting, dancing, and a make-your-own sundae bar. @mccordalex Tweeted: @vmookie we were at City Opera Benefit - saw Where the Wild Things Are in concert, then lunch, face painting, balloon swords &ice-cream." According to the WSJ: "The benefit's brochure asked the youngsters a question: "If you wrote an opera, what would it be about?" A reporter's nephew had an answer. Using one of the aforementioned illustrations as a jumping-off point, it would be called "Aliens Rock and Zombies Roll," he said. Aliens come to Earth looking to make it big as musicians, only to find the planet has been taken over by a zombie invasion." Adorable.  [Via] 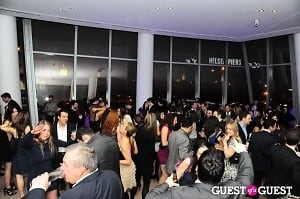 Other Details: Young professionals filled Frank Gehry's IAC Building this past Friday for the fifth annual Spring for a Cure benefit hosted by the Millennial Society of the Samuel Waxman Cancer Research Foundation.  Find out more details HERE and check out more pictures from the event HERE.

Other Details: The ACE Junior Committee held their first annual Spring Soiree at the Crosby hotel. Guests drank, mingled, did the usual event stuff, and enjoyed music by DJ Cash.

Where: The Paley Center for Media 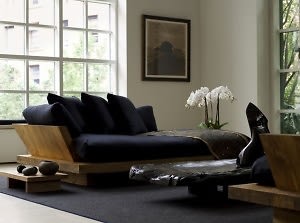 Other Details: Donna Karan showed off her new nature inspired furniture collection at her Urban Zen space, where costumers can shop online in a "future of retail," zen-like environment. According to LilliesandBiscuits, Donna talked about how "The world had changed. Everything is accessible to us - here, today, this minute. Not six months from now."