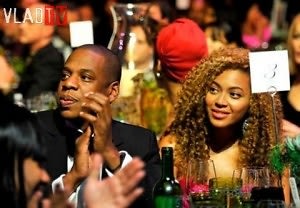 Well, it's nice to know the concept of a grand ball isn't obsolete! There were two big ones last night, and they were both doozies....-

Other Details: A very pregnant Alicia Keys was there, performing "Love Is Stronger Than Pride" with Sade, also a super skinny looking Jennifer Hudson. Janelle Monae performed and got standing ovations. Alicia also sang Sinatra with Jay-Z. It definitely got rowdy as the night wore on, with people dancing on tables.

Other Details: John Thompson was there to speak movingly about his fight for exoneration and his escape from Death Row. NOT in attendance? Harry Connick Jr. His dad, attorney Harry Connick, Sr, is still disputing with Thompson today.

Other Details: Claire Danes and Cynthia Nixon both spoke about the charity, Afghan Hands, before the auction. 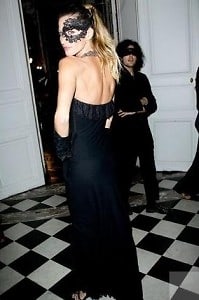 Other Details: It was a masked ball inspired by Eyes Wide Shut, which people interpreted in a variety of ways (some went with full on face masks, Tyra Banks wore a fishnet mask). Over all, it was Carine Roitfeld's big night, and she showed up in her trademark leotard-esque outfit. Anna Wintour did not attend, which is just as well: we can't really imagine her in anything reminiscent of Eyes Wide Shut, and are not sure we'd want to...

Go Here for our complete coverage