After getting much needed rest over the long weekend, New Yorkers were out and ready to celebrate last night. The Gotham Awards brought the bold faced names, the NY Jets swaggered with fashion, the Boom Boom was bumpin and more... 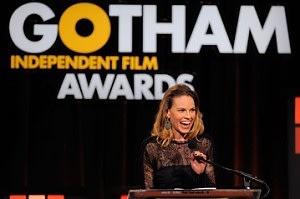 Other Details: The awards season is officially here! Plenty of A-listers hit the 20th annual Gotham Awards which honors independent films. Natalie Portman, wearing Lanvin for H&M, made a tribute to Black Swan director Darren Aronofksy saying “I’ll shine his shoes on his next film," while Anne Hathway thanked Focus Films for being a studio "with balls." The film Winterbone took top honors. [Via]

NY Jets Tear Up The Pierre 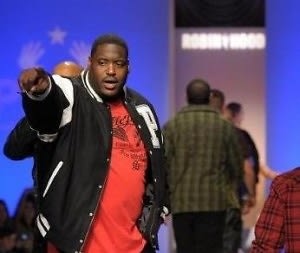 Other Details: The NY Jets walked in a fashion show benefiting  the Robin Hood Foundation hosted by Damien Woody and his wife Nicole.  The players hammed it up on the runway, twirling, pointing their fingers in the air and even ripping open their shirts, causing buttons to fly everywhere. Sadly missing out on the action was Mark Sanchez who was noticeably absent. Wherever he was, we'd like to imagine he was doing something similar with his garments. 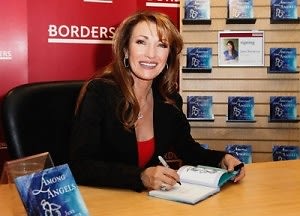 Who Was There: Jane Seymour, Dr. Quinn Medicine Woman fans, your mom

Other Details: Jane signed copies of her new book "Among Angels," which focuses on the presence of angels among people. Could she be an undercover cherub? [Via]

Where: The Top of the Standard

Other Details: Guests came out to fete Frédéric Fekkai's nomination and appointment as a Knight of France’s National Order of Merit with Casa Dragones Tequila. Nothing is more chivalrous than the creation of really nice hair products that will tame even the most unmanageable hair and get your locks shining without heavy armor. 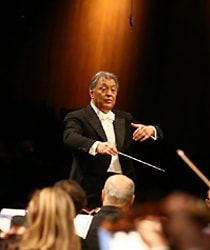 Other Details: The Orchestra played to celebrate the concurrent 75th anniversaries of both the Israel Philharmonic Orchestra's and Music Director Zubin Mehta's birth years, as well as the 50th anniversary of Maestro Mehta's conducting debut with the same ensemble. [Via]