It was quality over quantity this long Thanksgiving weekend. Macy's held its 84th annual parade, Justin Bieber signed his new book for 2,000 fans, Spider-Man got stuck mid-air during the Broadway preview and more... 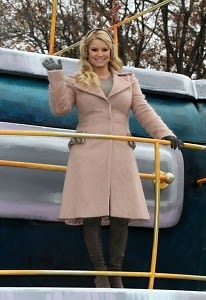 Other Details: The 84th annual parade was not all giant balloons, marching bands, and a waving, jolly Santa. While Woody Wood Pecker behaved himself and the Cat in the Hat managed to not put anyone in a coma, there was plenty of controversy. Kylie Minogue's fans were angered that she didn't actually sing live causing the pop star to Tweet: " "Relax peeps, EVERYONE has to mime at the Macy's Thanksgiving Day Parade!"" Additionally, Miss New York Dana Reeves crashed Miss USA Rima Fakih's float and had to be led away by police escort. Though we can't be sure who, someone in the crowd undoubtedly called Jessica Simpson fat and wondered if she is perhaps, knocked up.  [Via]

And in a special treat for Kanye West haters, please enjoy this clip of the crowd booing him and chanting "Taylor! Taylor!" 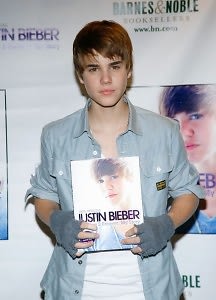 Where: Barnes and Noble

Other Details: OMG, The Biebs totally wrote a book called First Step 2 Forever, which is like, the perfect title because it's so deep and he's so sensitive and amazing and super smart. It's totally gonna score the Pulitzer for being Dreamy. There I was in this sea of girls and I was the prettiest and my sign had more glitter and stickers and when he looked out over the crowd of 2,000 he saw straight into my soul and realized we were meant for each other and are gonna get married and have babies with good hair.  Then my mom was all like, "We have to go," and I was all, "Mooommmm!!!" JB 4Eva!!! [Via] 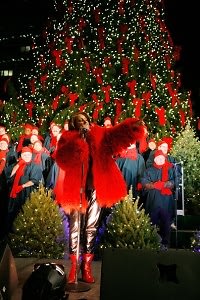 Who Was There: Darlene Love, Jill Martin, Santa Claus

Other Details: Those who don't want to deal with the crowds at Rockefeller head down to the Seaport this weekend to see a 50 ft tree lit up in holiday splendor.  Darlene Love performed with the Big Apple Chorus as Frosty the Snowman and Santa entertained kids. [Via] 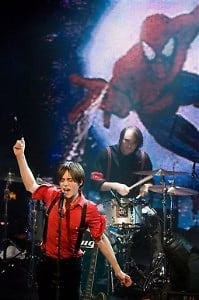 Other Details: After a few financial delays the highly anticipated Spider-Man musical,  with a score by U2’s Bono and The Edge, has finally hit Broadway. The preview performances last 3 hours due to unforeseen glitches. Actors got stuck overhead on their flying contraptions five times, but the audience didn't seem to mind. “Spidey got stuck over audience just before the break, but overall: WOW on flying thru theater,” TomHTweets.  “One of the best parts of Act I is an aerial battle with Spider-man and a villain only a few feet above the audience. My heart was racing,” Tweeted danielgeneNYC. [Via]