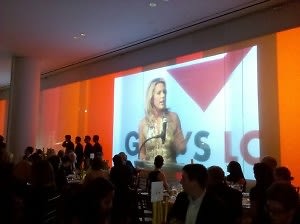 While you were home watching Gossip Girl and Law & Order SVU, we were out on the town, and so, for that matter, was Anglea Lansbury, who is 85 years old. Think about that the next time you stay in. Here's what happened in NYC last night...-

Other Details: Full house at the Madison Avenue Reed Krakoff store, as guests such as Evelyn Lauder and Lisa Perry shopped to raise money for BCF. 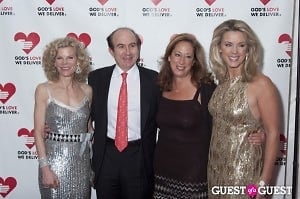 Who Was There: Matthew Modine, Blaine Trump, Congressmen Jerrold Nadler and Jim Himes.

Other Details: Joan Rivers, who made an appearance via video, was among the honorees at last night's celebration. Jon Stewart also made an onscreen appearance, to introduce head of Viacom Philippe Daumon.

Where: The Hearst Building

Other Details: Right when the twitter world was freaking out over Angela Lansbury appearing in an episode of Law and Order SVU, the grand dame herself was making an apearance at the Anglo-American culture awards. Lansbury has become the unlikely poster girl for NY Nightlife--she's out at least three times a week. This year, the awards honored Tony Walton and Glenda Bailey. (Tony Walton designed, among other things of course, the sets and costumes for Mary Poppins.)