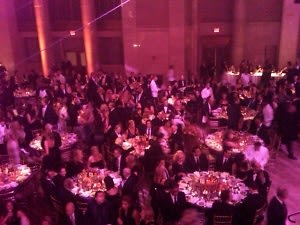 It was a big weekend in Los Angeles, but New York was pretty quiet. Hopefully this means people were taking advantage of the weather and resting up for a more interesting and event-filled week. In the meantime, here are two parties to tide us over: -

Other Details: Ok, so this actually took place on Thursday, but we're gonna talk about it now. Sean Parker was there, but he wasn't doing interviews with anyone. The Edge performed, and Josh Groban, for whatever reason, spoke to reporters about Katy Perry and Russell Brand's upcoming wedding. 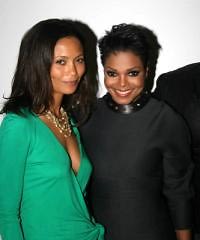 Other Details: Artist Tim Palen made living portraits for each of the actresses in Tyler Perry's new "For Colored Girls." What's a living portrait? The paintings all move and talk (like the pictures do in Harry Potter). The paintings will be on display until November 5. [via]