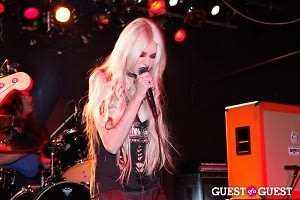 First of all, are you guys following us on Twitter? We're out and about every night, and our tweets are hi-larious, if we say so ourselves. Last night we braved a Taylor Momsen concert and dancing Chewbaccas in order to bring you the latest from the New York party scene....- 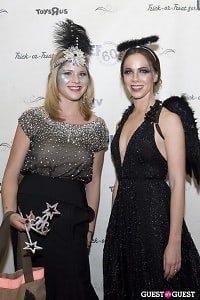 Other Details: The beautiful Angel Orensanz Foundation actually makes a great venue for a Halloween Party--it becomes almost crypt like, with the addition of a few choice chandeliers and fog machines. Jenna Bush and Barbara Bush were both there, looking thinner and taller than they do in photographs. Tiki Barber, who famously left his pregnant wife for a young hot blond last spring, happily chatted with reporters and walked the carpet with said blond bombshell. The weirdest part of the evening was definitely the surplus of Star Wars characters working the room, dancing to "Monster Mash" and other Halloween-themed music that kept playing--at least until DJs Harley Viera-Newton and Cassie Coane took over with some more modern selections. 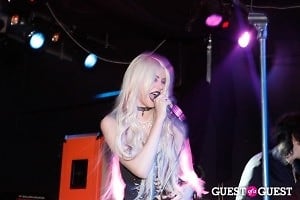 Who Was There: Taylor Momsen and 20 Express Models paid to look like fans.

Other Details: So you're dying to know if Taylor Momsen was good. Our reporter says:  "Uhhhm...I don't know. She wasn't bad. Yeah, she was ok. I mean, yeah. Her staging wasn't anything to write home about but her voice was pretty good? She did a decently long set. The giftbag had her CD in it. I don't know if I even have a CD player. I guess she was good......." Does that clear that up for you? 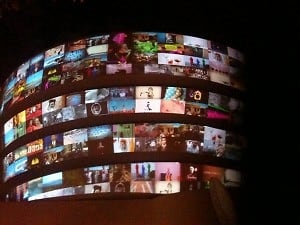 Other Details: The event was actually live streamed (you can watch it here). The top 25 videos from emerging video artists were shown for the first time at the Guggenheim. The building itself was all lit up with the actual videos--very cool. 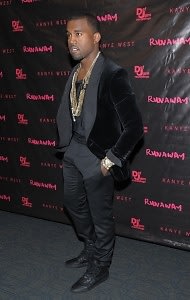 Other Details:  The movie was met with high acclaim, at least by the Kanye fans in attendance, but maybe the popularity was due in part to a nearly naked Selita Ebanks part in the film (the audience clapped every time the Victoria Secret model was onscreen.)  Less popular? Kanye's necklace. Didn't we see that at the Anthropologie sale department last week? [via]

Other Details: Second Ferragamo party this week! This one for the launch of their new Eco-friendly line.