What's your cause celeb this year? Freeing slaves? Ending global poverty? Scholarships for art students? Or the pursuit and promotion of Fashion? Whatever cause is near and dear to your heart, there was a party for it last night...-

Other Details: The evening was hosted by Katie Ford, who happens to be Andre Balazs' ex-wife. The two posed for pictures together, and didn't seem at all troubled by the fact that Andre's rumored current girlfriend, Selma Blair was in attendance as well.

Other Details: The event was a fun mix of eclectic Pratt students (often easily identifiable by their sculptural hair) and older donors, with a few living legends in the mix (Tommy Hilfiger, of course, and Ellsworth Kelly.) The evening started with a cocktail hour, followed by a dinner at which Roseanne Cash performed. 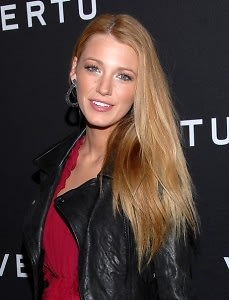 Other Details: Blake Lively wore Louboutin shoes and a Dior dress. Apparently, Adrian Grenier got mixed up and thought Euan Rellie's towncar was his own. I HATE when I get my towncars confused! [via]

Other Details: The party raised money for Love Heals, a charity focused on Aids education.

Other Details: So never thought I'd say this, but Ann Taylor knows how to throw a good party! All their recent parties have attracted a fairly impressive celebrity roster, and have been at great venues. They've done a great job revamping their image lately (swapping out longtime model Christy Turlington for Naomi Watts as a model), and their parties reflect this! Last night's event was full of bloggers, DJ'd by the ultra-hip Harley and Cassie, and included a performance by Au Revoir Simone. 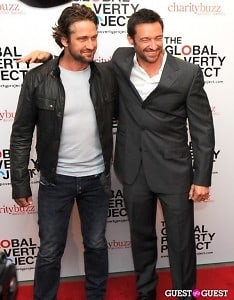 Other Details: Hugh Jackman and Gerard Butler are in the throes of a bromance, from what we saw last night. Read more here.