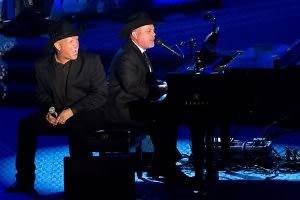 Other Details: Songwriters whose names you don't know, but whose tunes, like Madonna's "Like A Virgin," were honored during last night's event. Performances included Dwight Yoakam performing "Superstar" with Russell; Boz Scaggs and Toussaint doing "What Do you Want the Girl to Do"; and Trisha Yearwood doing a Hal David Medley. Chaka Khan sang Ashford and Simpson's "I'm Every Woman," and Drake performed his hit, "Best I Ever Had." Gartha Brooks and Billy Joel performed "Shameless," together. [Via]

Other Details: Last night's BAM cinemaFest opened with Weekend, directed by Andrew Haigh with Tom Cullen, and Chris Ne. After the screening, guests head to a party to tip back Brooklyn Brewery beer and Bear Flag wine to the tunes of DJ Idlemind, “The Appropriate Agent”. Fran Drescher was in the house.

JEREMY KOST: IT'S ALWAYS DARKEST BEFORE THE DAWN Book Launch and Party 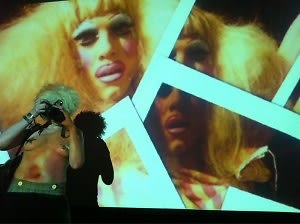 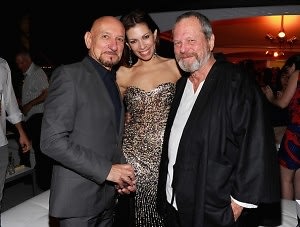 Other Details: Persol, the Italian eyewear brand, celebrated the debut of Magnificent Obsessions, the first in a series of three exhibitions uncovering the obsessive craftsmanship within the filming of great movies like Taxi Driver, Darjeeling Limited and Vertigo.  The evening brought out a ton of celebs, including Sir Ben Kingsley. [Via] 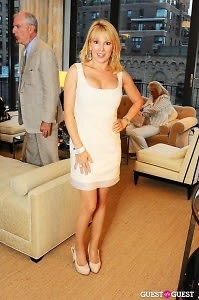 Other Details: Sherri Abruzzese, Gopa Dobson and Muffie Potter Aston partnered with Peter Davis and Avenue Magazine to hold a pre-party (every party must have a pre-party warm up!) for their August 20th event in the Hamptons, Festive in Flip Flops.  RHONY's Ramona Singer came out, drank some wine, and made crazy eyes at the camera for the American Cancer Society. Be sure to to take a look at more photos HERE! 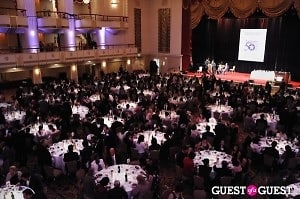 Other Details: Senator Chuck Schumer turned up as an unscheduled guests and took the stage to speak with a five-star list of Asian-American business execs. Be sure to take a look at more photos HERE! 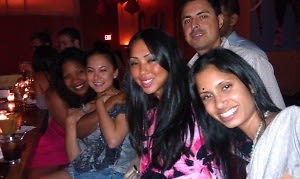 Other Details: Fashion Delivers presented its fourth annual "Pay It Fashion Forward" event at Shang to honor Steven Alan, Mickey Boardman, Coco Rocha, Rachel Roy, and Mary Alice Stephenson. All net proceeds from the event will go towards providing relief for the victims of the southeast tornado and flood victims.[Via] 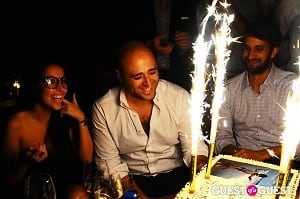 Other Details: CO-OP Food & Drink in the Hotel on Rivington came alive last night, as over 200 guests celebrated the birthday of owner Alan Philips. Close friends, including girlfriend and fashion designer Gelareh Mizrahi who hosted the evening, enjoyed a private wine pairing dinner prepared by Chef John Keller.  Mia Moretti and Caitlin Moe provided the music and a giant cake with sparklers was served for the occasion. Be sure to take a look at more pics HERE!