Ben Affleck did his charming ultra-charming thing while Tommy Lee Jones did the opposite. Martha Stewart took a tour of Campion's house and was probably secretly judgmental because she is Martha Stewart and therefore required. What else did people get in and up to last night? 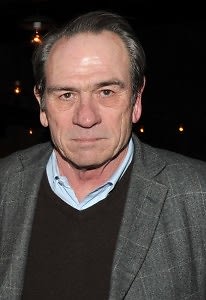 Where: The Paris Theater, after-party Asellina at Gansevoort Park Avenue

Other Details: Jared Kushner tossed aside the ascot and donned what we're told was "some kind of disco-type 70s jeans underneath a black overcoat with a red scarf." Perhaps he knew John Stossel and his stache would be in the house and he wanted to make the whole event seem like one big theme party? Ben Affleck was dressed in the standard garb.  Tommy Lee Jones was absent from the film because he got stuck in Brooklyn shooting Men in Black III, but was able to make it to the after-party. He could, as is clear from this image, hardly contain his joy. Someone get this man a Dobel Tequila please.  [Via]

Other Details: Jamee Gregory once planned parties for Sotheby's as the auction house's director of special events. She signed copies of her new book New York Parties: Private Views which goes inside the fetes of Zang Toi and Marc Jacobs to name a few.

Other Details: Iconic editrix Anna Wintour can't be expected to enter the front door like a commoner. Instead she snuck in through the back like a fox with an awesome grin on her face. Natalie Portman was there celebrating the honor of being chosen for the upcoming Dior Cherie ad campaign. [Via]

Where: Private residence of Campion Platt

Other Details: Martha Stewart apparently got a personal tour of Campion's home. Tweets @andywangny "Campion Platt took Martha Stewart upstairs during tour of his fab SoHo pad." You can take a look at the digs here. Neon wall accents! You know Martha was totally judging! 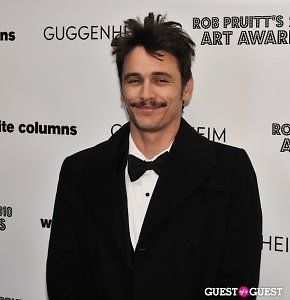 Other Details: The ceremony  is performance-based artwork that follows the format of a Hollywood awards ceremony.  James Franco was in excellent form last night. He sang songs with Kalup Linzy, a performance artist who dressed in drag. Their first number was called "A-hole" with the continued lyrics "Fuck it up." [Via]

Other Details: Friends of the Sculpture Center came out for dinner, cocktails and entertainment to honor Lynda Benglis and Peter Stevens.

Other Details: Last year, Slideluck Potshow broke the Guinness world record for the largest potluck dinner, held under the Brooklyn Bridge in the old tobacco warehouse in Dumbo.  This year guests did not have to bring food but instead enjoyed a meal from Highlands Dinner Club. Hosted by Patrick McMullen and DJ Spooky, there was also an auction of art with the proceeds benefiting the Slideluck Youth Initiative.