Brad Pitt grabs Angelina Jolie's behind on The Tourist red carpet, Charlize Theron was given $20,000 for Lakers tickets, Billy Crystal was honored, Adrien Grenier rolled green, Sam Rockwell tried to figure out how to mine the title Vagina Monologues and more...

Other Details: Somehow the Ziegfield did not explode last night from the sheer collective hotness of Angelina Jolie, Brad Pitt and Johnny Depp under one roof. And if things weren't spicy enough, Brad, finding the only spot in which one of his 6 kids wouldn't see him, did a bit of candid booty grabbing on the carpet. Angie is currently working on her directorial debut and says "I much preferred being behind the camera, I loved it, I loved it." [Via]

Africa Outreach Benefit at the Darby

Other Details: Charlize came out to host the event in a Versace dress and shoes with a Stella McCartney jacket. She auctioned off Lakers tickets for $20,000, a price the lucky winner was willing to pay when she agreed to join them for the game. [Via]

Other Details: Top Chef Tom Colicchio, co-founder of Gramercy Tavern, creator of Craft Restaurants and ‘wichcraft, received the FAI Lifetime Achievement Award. Though we haven't had it confirmed, we're pretty sure the menu was lacking peanuts. 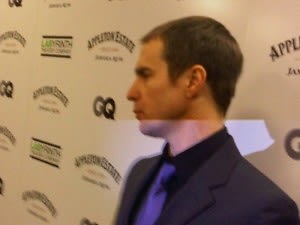 Other Details: LAByrinth Theater Company's Fight Night opened with a VIP reception followed by a silent auction.  Guests had the opportunity to bid on a number of items including a chance to play charades with the stars.  Four celebrity teams full of heavy hitters like Billy Crudup, Rachel Dratch, Philip Seymour Hoffman, Juliette Lewis, and Sam Rockwell duked it out during the benefit competition that had them miming out movie titles like Vagina Monologues and Snatch. [Via] 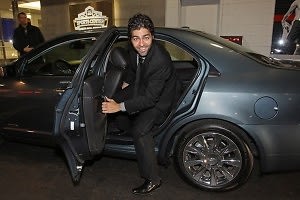 Where: Pier 60 at Chelsea Piers

Other Details: Arianna Huffington, eBay's John Donahoe, Ford Motors Lincoln MKZ Hybrid, One Tree Hill's Sophia Bush and Austin Nichols, and Wade Green were all honored in a ceremony that was followed by an organic dinner. Adrien Grenier was pretty darn psyched to be arriving in a hybrid car. [Via]

USA Network and The Moth Present A More Perfect Union: Stories of Prejudice and Power 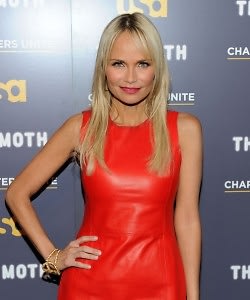 Other Details: Characters were celebrated last night at this Kristin Chenoweth-hosted event, where five storytellers shared tales of their personal experiences with discrimination and bigotry. Despite the seriousness of the subject, the mood at the always-stunning New York Public Library was mostly light, and Chenoweth even treated the audience to the reason why she’s a “character": She likes to play her arm fat like a banjo. [Via]

Other Details: High-end jewelry maker Pomellato and luxury closet designer Clos-ette held a benefit for the Boys Club of New York.  Serving cocktails from their Madison Avenue store, Polmetto had something else to be excited about. They have a new ad out featuring the gorgeous Tilda Swinton.

Other Details: Diffa's Be Present Auction is held to benefit and raise awareness of HIV. Tracy Reese and Geoffrey Zakarian acted as hosts to the bidding. [Via]

The Face of Tisch

Other Details: Billy Crystal was honored at last night's Tisch gala, taking the stage and stating "I was a lousy student. I have so many overdue library books. If you knew, you wouldn't be giving me this award." Joining him for the ultimate '80's comedic trifecta where Whoopi Goldberg and Robin Williams, who is YES, that animated in real life. They performed a theater number with students at the college, followed by a dinner. [Via]