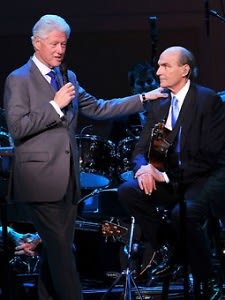 Other Details: Last night Carnegie Hall celebrated its 120th anniversary with a two-hour tour through its history with popular music. James Taylor kicked things off with “There’s No Business Like Show Business,’’ and talked about other legends who had been on the same stage such as Sophie Tucker, Bette Midler, Billie Holiday and more. Dianne Reeves joined him for “Don’t Explain,’’ Sting sang  “Penny Lane,’’ and Bill Clinton came up to say a few words about the importance of music education. Steve Martin provided the comic interlude. [Via]

Where: The Mandarin Oriental 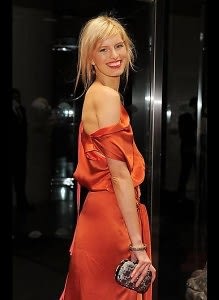 Other Details: Guests braved the rain in brightly colored gowns to head to the Mandarin Oriental. @ChicReport "The New Yorkers for Children fool's fete is, hands down, one of the best parties of the year. Well done!" [Via] 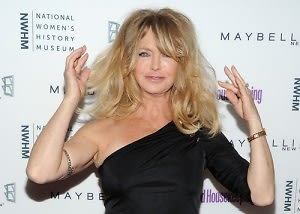 Other Details: The star studded event served as an award ceremony for women who are making history. Celebrity presenters awarded Indra Nooyi (CEO of PepsiCo), Michelle Rhee (CEO of StudentsFirst - Former Chancellor of D.C. Public Schools), Christy Turlington Burns (Model / Documentary filmmaker “No Woman, No Cry”), Elizabeth Blackburn (Nobel Peace Prize winner for cancer research), Lisa Switkin (Lead designer of The Highline in NYC) and a group of girls from Harvard who created a soccer ball that saves energy to light up. Eve kicked things off with a performance, Trisha Yearwood sang James Brown's "It's a Man's World," Lee Ann Womack and her daughter took the stage for "I Hope you Dance," and K'Naan shut down the show with a number that concluded with school aged girls dancing, waving flags and playing soccer. [Via]

Other Details: Elizabeth Hurley looked stunning at last night's 'Fabulous at Every Age' event thrown by Harper's Bazaar and Estee Lauder at Hearst Tower. The annual contest honored five women in their 20s through to their 60s for being, what else, but fabulous.Get more details HERE and see more photos HERE. 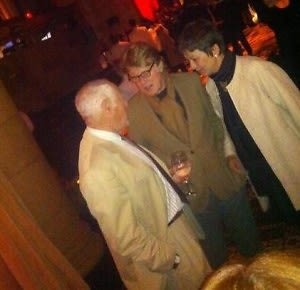 Other Details: The literary elite came out for the Paris Review's annual Spring gala. @JeanGodfreyJune Tweeted:  "Lesson #58 of Paris Review Spring Revel: a plate of super-fantastic mozzarella is easiest ever yet most luxurious appetizer. Ne plus ultra." Lesson #57 was that "NYC is in fact still the magical place you think it is." I wasn't there, but I pretty much feel like this every day. [Via] 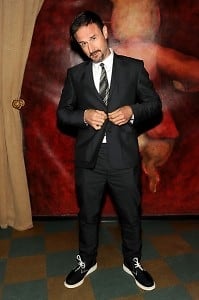 Other Details: Yes, they made another one! 50 Cent, who Tweeted the event to his 4 million followers and caused a security panic, introduced the movie with Harvey Weinstein, joking that he was there to lend the film some "street credibility." After the flick, guests head to Mr H at the Mondrian Soho for cocktails. USA Today caught up with a few stars to ask their worst nightmare: Weinstein said:  "My biggest nightmare in life is making a movie that I think is great and funny and that nobody laughs for two hours." Arquette's worst fear is more personal. "I got into a car accident recently," said Arquette, calling it "pretty frightening." [Via]

Adam Rapoport Debuts THE NEW BON APPETIT with the May Issue 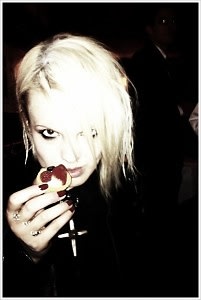 Other Details: Foodies came out last night to celebrate Bon Appetit's May issue, on newsstands the 19th, the first with Adam Rapoport at the helm.  There is great article with Aziz Anasari where readers can discover the deep and burning secret of what constitutes his "ideal burrito," and what is missing from the LA food truck scene.  [Via]

Other Details: Singer songwriter Mary McBride had some famous faces in the crowd last night for her show at Joe's pub. The legendary Liza Minelli came out to show her support, as did Nathan Lane.