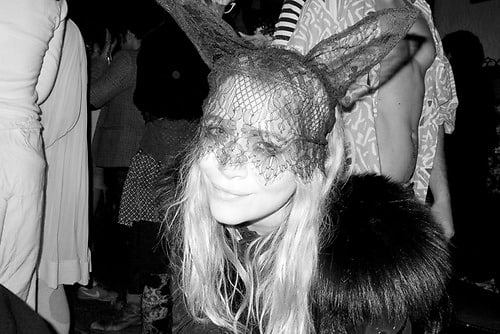 How many Halloween costumes do you need if you're an out and about New Yorker? At least three, one for each night of partying. Heidi Klum probably spent hours getting into her insane Transformers costume, Brad Goreski showed a lot of creativity with his Tavi Gevinson costume, while Mary-Kate Olsen's weird ear/mask thing left a little to be desired... 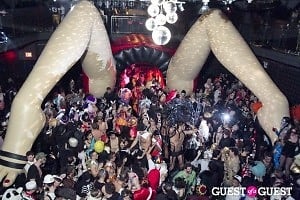 Who Was There: Patricia Field

Other Details: Guests entered the party through two giant inflatable legs...interesting! Susanna Bartsch (wife of gym impresario David Barton) and her burlesque troupe provided the entertainment at this Patricia Field and Francois Sagat hosted party. If you want to take a look at the pictures, they're probably the most NSFW photos we'll ever get away with posting on the site, so enjoy! 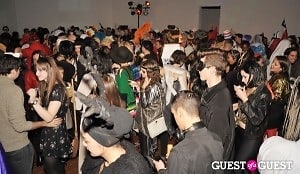 Other Details: Best Costumes: A huge domino, Bjork, the face on the milk carton, and our personal favorite, the subway print ad for Dr. Zizmor, thanking him for his clear skin.

The Pre-Halloween Fete At The Bowery 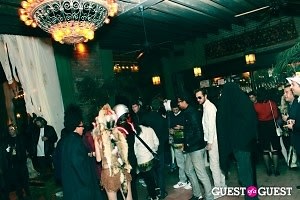 Other Details:  Best Costumes: a vanity, a dias de los muertos girl, and our favorite: an eagle. The party also screened the new movie "Night Home".

Heaven & Hell At The Standard 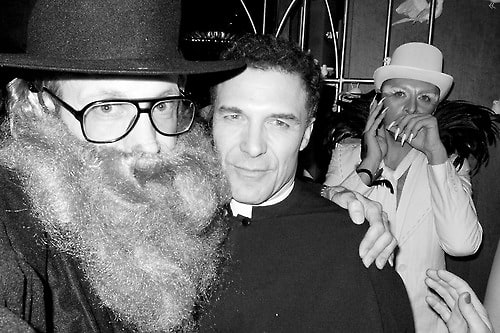 Party at The Jane

Where: The Jane Ballroom

Who Was There: Mary-Kate Olsen, Carlos Quiarte, Justin Theroux, Will Arnett

Other Details: Best Costumes: Nur looked like himself, but with devil's horns, and Georgina Chapman in the best Medusa costume we've ever seen.

Who Was There: Richard Branson, Matthew Settle, Veronica Webb, Mary Alice Stephenson, but NOT Queen Noor, who was "unexpectedly detained overseas".

Other Details: During a performance by Nathan Gunn (The Jon Hamm of Opera, if you will), a woman fainted, earning the party a mention in Page Six. 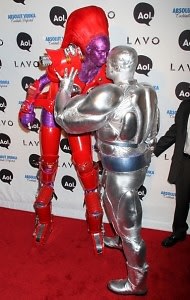 Other Details: In what is no doubt an attempt to impress her kids, Heidi was almost unrecognizable as a Transformer, towering over her equally unrecognizable husband Seal. (Truly, the pictures are insane.) Kim Karsahsian showed up in an utterly boring "sexy red riding hood" costume, and Coco wore costume that concealed maybe, maybe half of her nipples. Ice T looked pretty cute as a doctor, though! 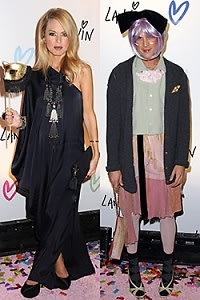 Other Details: Best costume goes to Brad Goreski, dressed as Tavi. Also, Brad and Rachel Zoe at the same party for the first time since Brad quit as Rachel's assistant.  [via]