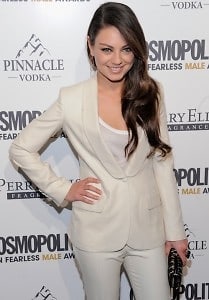 Russell Brand does his 'furless' thing, Mila Kunis takes risks, P Diddy get an award, top restaurants feed people for a good cause, Vincent D'Onofrio struts the red carpet, Kalup Linzy sings, Alec Baldwin hangs at Cipriani 42 and so much more! The stars were out last night.

Other Details: Cosmo mag paid tribute to the men who make our heart rate accelerate last night. Russell Brandbehaved, as usual, in a way that begged for attention. When asked by MTV whether he is fun or fearless, he answered " "I'd like to think of myself as a conglomerate of both things — furless." Mila Kunis,, when asked which she looks for in a man, responded: " "I want both! Sure! Who doesn't? I look for it in my friends. Why not? I'd like to think I'm fun and fearless, but I think I have my days where I'm probably really scared and not so much fun. But I'd like to think I take risks and take chances and enjoy my life." [Via] 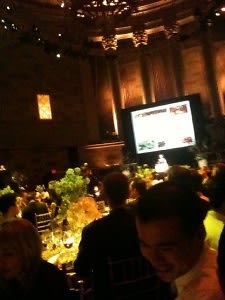 Other Details: GMHC is the nation’s oldest nonprofit organization dedicated to the prevention, treatment and care for those living with or affected by HIV/AIDS. Chopped host Ted Allen and some 400 guests enjoyed cocktails, bid in a silent auctions and dined on a four course menu specially designed for the event by the world renowned star chefs: Scott Conant of Scarpetta, Amanda Freitag of The Harrison, Alex Guarnaschelli of Butter, Marc Murphy of Landmarc, Aaron Sanchez of Paladar, Chris Santos of Stanton Social and Geoffrey Zakarian of Town. Francois Payard of Francois Payard Bakery, Carmen Quagliata of Union Square Café, Peter Hoffman of Savoy, and Stephen Lewandowski of Tribeca Grill.[Via] 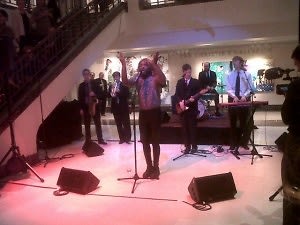 Other Details: Christie's and Performa hosted a special performance James Franco's best buddy Kalup Linzy. Be sure to check out our Style Phile on the artist HERE. [Via]

KILL THE IRISHMAN Screening & AFTER PARTY 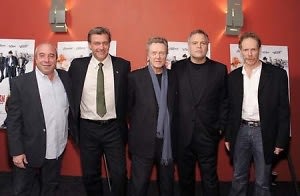 Other Details: You know this was one hell of an event with Christopher Walken AND Vincent D'Onofrio in the same room. The film stars Ray Stevenson as notorious Cleveland gangland figure and virtual folk hero Danny Greene. [Via] 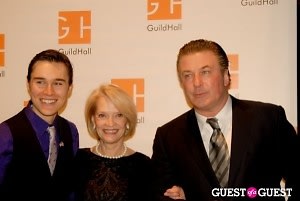 Other Details: Bob Balaban acted as Master of Ceremonies in honoring Dick Cavett for performing arts, Elizabeth Peyton for visual arts, Marshall Brickman for literary arts and Lewis B. Cullman for the Special Award for leadership and philanthropic endeavors. Alec Baldwin acted as the guy everyone was excited to see. Be sure to check out more photos HERE. 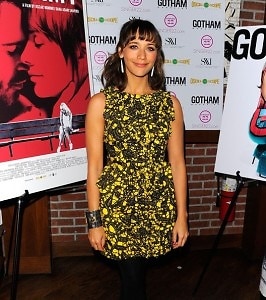 Where: IFC CENTER and STUDIO XXI

Other Details: Rashida Jones screened her new movie Monogamy followed by a swanky after-party at Studio XXI. The movie focuses on "The strained relationship of an engaged Brooklyn couple," which sounds kind of annoying, but actually looks pretty good.  [Via] 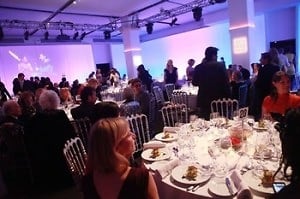 Other Details: The Atlantic Theater Gala's annual spring event brought out the big names for dinner and a silent auction. [Via]

Other Details: Making The Boys traces the behind-the-scenes drama and lasting legacy of The Boys in the Band, a groundbreaking play that earned historical significance by being the first successful work to authentically depict gay characters. 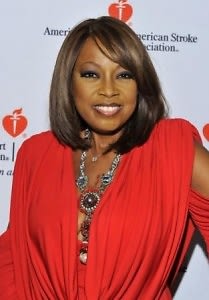 Other Details: Guests joined Star Jones for dinner while watching the season premiere of Celebrity Apprentice. Star gave an emotional speech about her experience with heart surgery and worked the room for the American Heart Association. During commercial breaks, guests bid on items and made big money donations, raising six figures in under two hours.