Autism Speaks held a fundraiser on Wall Street; Ciara made a splash for Malibu Rum; Original Moonshine held another successful night of music at the old CBGB; Patrick McMullan opened his photo exhibit at a new coffee shop and more. Last night's parties were highly caffeinated and on display!

Autism Speaks To Young Professionals Summer Event [Be sure to take a look at more pictures HERE!] 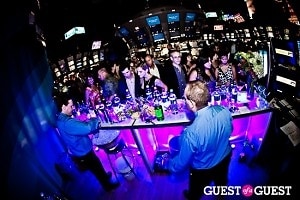 Other Details: Despite the bad news on Wall Street yesterday, Autism Speaks to Young Professionals drew in a crowd for its third annual AS2YP summer event. The event was sold out pulling in over 900 guests, proving that autism is indeed speaking to young professionals!Guests, including Miss New York Amber Collins, danced all night to the sounds of DJ Nick Russo, while playing around on telephones and enjoying hors d'oeuvres. Be sure to take a look at more pictures HERE! 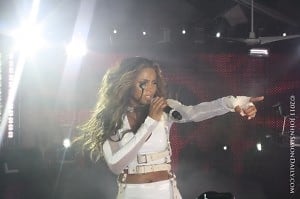 Other Details: Last night Ciara made a splash at the NYC concert stop on Malibu Rum's Maliboom Boom Station Invasion Tour. Created and hosted by Malibu Rum, the 10-city tour also features Taio Cruz, who will headline seven of the 10 cities including Boston, Dallas, and Chicago throughout the summer. DJ Scribble also commanded the 1-2's for the night setting the bar for an awesome night of great music. [Via] 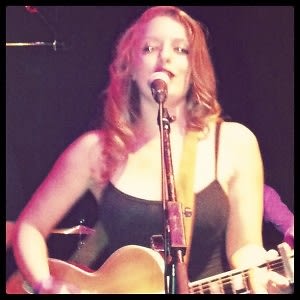 Other Details: Guests sipped on cocktails courtesy of Original Moonshine, as they took in the soulful, blues of Julia Haltigan. She's amazing. [Via] 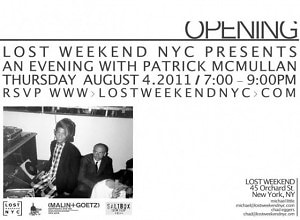 Other Details: New coffee shop Lost Weekend, has been holding soft parties, but last night marked the official launch. One half store space and one half gallery, the opening exhibit features the photography of Patrick McMullen.

The Supper Club Hosts An Exclusive Evening [Be sure to take a look at more pictures HERE!] 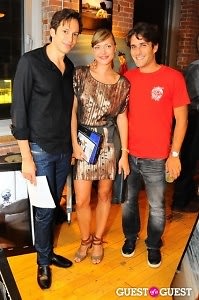 Other Details: Tamsin Lonsdale, Founder of The Supper Club, and Eiman Aziz, Executive Director of Art Beyond Advisory presented the first of their 'At Home with the Artist,’ series with photographer and writer Ohad Maiman. Guets were able to view the hand made process of printing, framing, and resin coating as done by the artist as they sipped cocktails and listened to  flamenco music.  Be sure to take a look at more pictures HERE!