The Sheepdogs got some deserved recognition from Rolling Stone; Details magazine partied at Santos with Theophilus London; high-powered ladies hit SoHo House; Arden Wohl, Alex McCord and more warmed up for the Dream Ball; and GofG hung out at Greenhouse. Last night's parties were music to our ears!

ROLLING STONE Do You Wanna Be a Rock & Roll Star? Presented by GARNIER FRUCTIS

Other Details: Music Unites partnered with Rolling Stone to help the music mag celebrate their first ever unsigned artist cover. Two finalists were narrowed down in the ‘Do You Wanna Be a Rock & Roll Star? contest, and The Sheepdogs won out over Lelia Broussard. The throwback to the days of classic rock deserves it. I'd wager you'll be hearing a lot about them in the next few months.

Details At Midnight [Take a look at more pics HERE!] 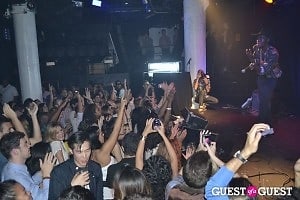 Other Details: Details pulled a late night party. The surprise headliner for the evening was Theophilus London, who is also featured in this month's issue. The even bigger surprise? Some impromptu break dancers. Be sure to take a look at more pics HERE.

Where: The Paramount Hotel - Library Bar

Other Details: Guests of the Common Good and Manhattan magazine party got together for music, conversation, and some Avion tequila and VeeV liquor.

Step Up Soiree: An Evening with Media Mavens [Take a look at more pics HERE!] 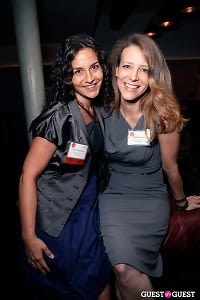 Other Details: Last night the Step Up Women's Network, a nonprofit networking organization for women, hosted a fundraiser at the intimate Library at Soho House for its teen programs that help motivate girls from impoverished families to graduate high school and go to college. Because it was a networking event, guests wore name tags; in attendance were some of the biggest names in new media, like former Yahoo! exec Joanne Bradford, Project Runway creator Desiree Gruber and fashion journalist/former Harper's Bazaar editor/"Anna Junior" Kate Betts. Be sure to take a look at pics HERE.

Young Friends of the DreamBall launch party hosted by Clarins

Other Details: Last night Clarins kicked off the Young Friends of the DreamBall. The evening functioned as a pre-event for the DreamBall After Dark this September. 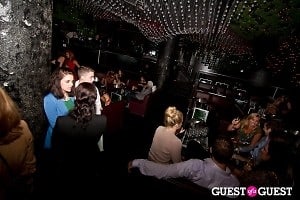 Other Details: Last night we hosted our weekly pop-up party at Soho's Greenhouse. The rain didn't prevent partygoers from coming out and enjoying specialty cocktails while cutting loose on the dance floor. Take a look! Be sure to take a look at pics HERE!