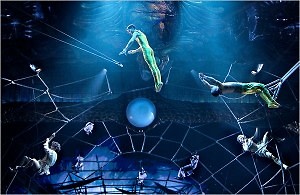 Le Baron's Andre Saraiva Screens His Short Film "The Shoe" At The Standard [Take a look at photos HERE!] 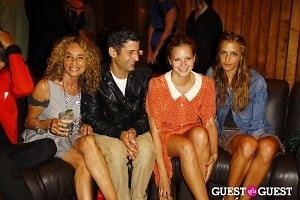 Other Details: Last night, nightlife impresario and graffiti artist Andre Saraiva held the kind of screening for his directorial debut The Shoe that most critically lauded directors dream about long after filling their trophy cases with various awards. The third floor of the Standard was packed tight with his friends, socialites, and the sort of people who look oddly familiar in the glossy, impeccably tousled way that makes you think you saw them in a Ray Ban ad or in one of the photos that streamed endlessly out of Coachella. Be sure to take a look at more pics HERE and get details HERE! 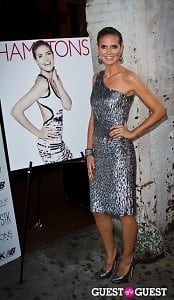 Other Details: Last night, Hamptons Magazine hosted an exclusive party at the recently opened STK Rooftop in celebration of their July 4th issue, featuring Heidi Klum on the cover.  Models mingled with party-goers at the Meatpacking hotspot, enjoying both Rose Courvoisier and the stunning view. Be sure to take a look at more pics HERE and get details HERE! 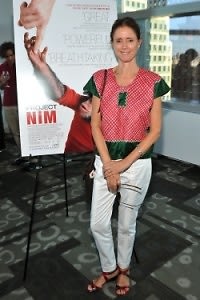 Other Details: Axed Spider-Man head Julie Taymor unsurprisingly forwent attending the high flying acrobatics of Zarkana to attend NIM, a film which won the Sundance Festival's Best Directing award for World Documentary. She told NYM: "I had a great time when it was great. It was one of the most joyful experiences and my work is there and there it is. The main thing is I have not been paid, which you know. I would like to get paid, so that will be good." Ouch. [Via] 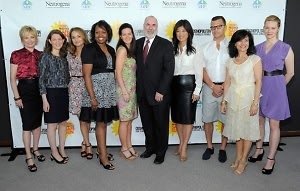 Where: The Hearst Tower

Other Details: Does Sean Avery telling you that you will get cancer make you want to wear sunscreen.  It kind of does for me. He came out, along with Laura Linney, to help Cosmo celebrate safe sun practices. We're all about that here. Be sure to check out our post:  [The Hidden Dangers Of Sunscreen & What The FDA Is Doing To Protect You] [Via]

Who Was There: Hugh Jackman, Paul Haggis

Other Details: Hugh Jackman and Paul Haggis came out to support the Mexican film Dais de Gracua which screened for Core Club's hoity toity members. I was told by one member after 4 seconds of conversation that they pay $50k a year for "privacy." Seems like you could just stay home and save the money. Anyway-that money also goes to them getting to drink free Casa Dragones tequila and hobnob with celebs.

Other Details: Guests came out for a night of pampering at the opening of this new holistic spa in Gramercy. Along with mini manicures, mini facials, and mini-other treatments, they enjoyed cocktails cleverly named..Cleopolitans.