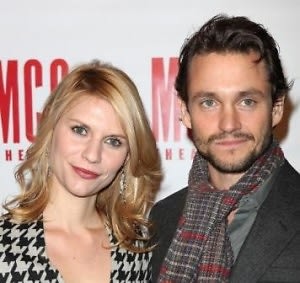 Claire Danes joined Andy Cohen to watch Broadway stars, Alec Baldwin was serenaded by Bebe Neuwirth and Martha Plimpton, Bruce Springsteen and Bette Midler belted it out,  Sean Penn showed his support to Julian Schnabel and so much more. Find out what happened last night!

Where: The Hammerstein Ballroom

Other Details: Alec Baldwin became part of the Roundabout family in 2004 when he starred with Anne Heche in the Broadway revival of classic comedy Twentieth Century. He has been back on their stage since and stayed a supporter. The event to honor him included cocktails, dinner, ass kissing, laughs and performances by a ton of big names including Jane Krakowski, Bebe Neuwirth, Martha Plimpton, and Cheyenne Jackson. [Via] 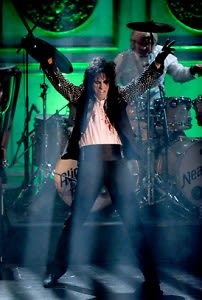 Other Details: The Rock And Roll Hall Of Fame welcomed Dr.John, Jac Holzman, Art Rupe, Leon Russel, Tom Waits, Neil Diamond, Darlene Love and the Alice Cooper Band into the hallowed halls of the Cleveland museum (which is perpetually empty). But they put on a good awards ceremony. Paul Simon, Bette Midler, Elton John, and John Legend were all on hand to give performances and welcome speeches. Cooper compared the evening to graduation saying, " "I feel like I'm getting a diploma - becoming a real person, you know?" Elton John inducted Leon Russell saying, ""To see him here tonight, it's very emotional for me because this is where he belongs. There is no finer musician out there." [Via] 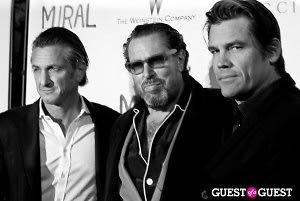 Other Details: Julian Schnabel screened his new film "Miral," based on the autobiographic book and screenplay by his girlfriend Rula Jebreal. It centers on a radicalized 17 year old Palestinian girl and has gotten temperatures rising. The AJC protested the screening and Israel was similarly pissed.

"We find it very troubling that the U.N. has chosen to feature this film in the GA Hall," Israel's U.N. delegation said in a letter of complaint sent March 11 to Joseph Deiss, the president of the U.N. General Assembly. "We are not aware of any other films with such contentious political content that have received this kind of endorsement from the President of the GA."

But the screening went ahead and Julian Schnabel and Harvey Weinstein spent the night explaining that this is another side of a story. It's about empathy and finding a way to peace. After the film there was a panel discussion to discuss the conflict. Be sure to take a look at the photos HERE. 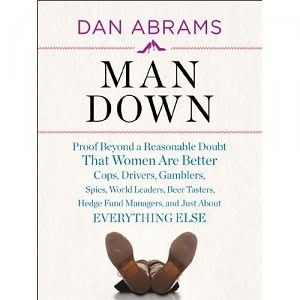 Other Details: Guests came out last night to celebrate Dan Abrams new book which gives "Proof Beyond a Reasonable Doubt That Women Are Better Cops, Drivers, Gamblers, Spies, World Leaders, Beer Tasters, Hedge Fund Managers, and Just About Everything Else." Sample chapter title:Women Are Less Likely to Be Struck by Lightning. Good to know. 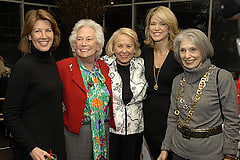 Where: Desmond's Upper East Side