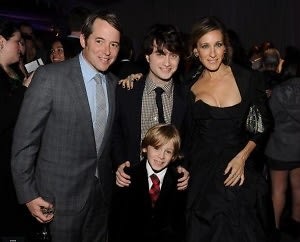 British stars Daniel Radcliffe and Emma Watson mingled with New York stars Sarah Jessica Parker and Keri Russell at the premiere of Harry Potter last night, while celebrity actors such as Julia Stiles, America Ferrera and Elijah Wood put their acting chops to the test at The 24 Hour Plays, and James Franco did something artsy, as usual. -

New York Premiere of Harry Potter and the Deathly Hallows

Other Details: For some reason Johnny Weir showed up dressed like a German Schoolboy in 1860 goes to Hogwarts. The afterparty was at Big Apple Circus. ALso, it's really weird to see Draco Malfoy so tan, and all the young cast members drinking champagne. 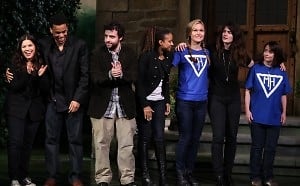 Other Details: Apparently, Julia Stiles had to say "c*nt* 22 times in her play, and Jennifer Aniston had a brief cameo as a dog. 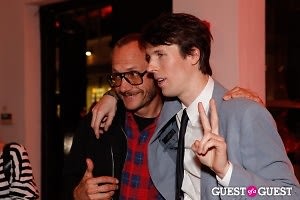 Salman Rushdie Launch Party for "Luka and the Fire of Life"

Where: Bowery Hotel Who: Salman Rushdie, Laura Linney, Bono, Moby, Jonathan Ames Other Details: Salman Rushdie was joined by Laura Linney to read from his new book based off his son's video games. Moby's new band with Laura Dawn called Little Death took to the stage to offer up entertainment and get guests moving. 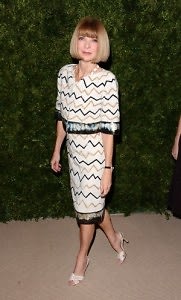 Other Details: The city's most fashionable put on their finest last night, with many dressing in Chanel in honor of Karl Lagerfeld who was in attendance. Menswear designer Billy Reid won the coveted prize of $300,000, a year of mentorship, and a bronze trophy. Oddly, Kim Kardashian was there, spending most of the evening attached to Zac Posen. Could she make an attempt to be taken seriously? Does Anna Wintour know about this? Someone must stop her.