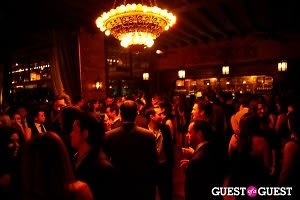 Film screening, Broadway opening, show launch, and a party full of models: just your typical weekend in New York City. Click below to read all about last night's parties.-

Cinema Society's Made In Dagenham Screening and After Party

Where: Tribecca Grand/Soho Grand Who Was There: Sally Hawkins, Nigel Cole, Miranda Richardson, Tiki Barber, Russell Simmons, Tyler & Cameron Winklevoss Other details: The film focuses on a Ford factory where women fought for equal pay during the 1960's. A few of the real life characters were at the screening and after-party to fete the film about their lives. When asked if they liked it, they told us "It's wonderful! I've seen it four times." 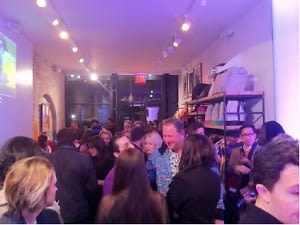 Other Details: Guests had fun trying on the vibrant clothing which Johnny says are for “men that live to create” (or “street wear for rich old me”), sipping Casa Dragones Tequila and viewing the reportage of portraits Theo Wenner shot of some of Johnny’s famous friends (André Balazs, Liv Tyler, Mario Batali, Francesco Clemente, Pascal Dangin, Christian Louboutin, Simon de Pury, André Saraiva) Guests got to leave with a calendar of these images after they went across the street to Hector’s for diner fare and a surprise belly dancer performance. [via]

Other Details: In case you're planning to see it, Elf got panned in the times, but a few friends of mine who saw it were more forgiving... 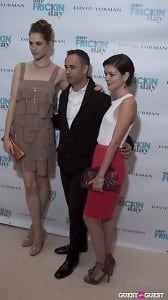 Other Details:  Auction items include a makeover with Elettra Wiedemann, a table for 4 at the Boom Boom Room after Prabal Gurung's Spring Fashion Week show, a private shopping party with Cynthia Rowley, and, my personal favorite, a handwritten poem by Bono.