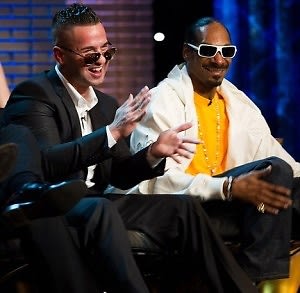 Comedians got together to tell profanity-laced jokes about Donald Trump's hair, (another) Jane Eyre movie premiered, Regina Spektor played MoMa,  someone had a hilariously horrible time at a fancy gala and much more! Last night was full of curse words and cocktails!

Other Details: This was not the boardroom. Trump got jabbed and prodded and no one was afraid of him. There was predictable amount of use of the words "whore," "cunt" and "vagina." Not surprisingly, sitting target and roaster The Situation, took a lot of flack. I met him!  He's short in real life ladies and kinda puffy (coke bloat?).   The show will air on March 15. At the after party dirty language continued to fly and Trump looked like he survived. He didn't have anyone fired! [Via] 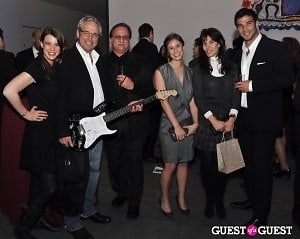 Other Details: The Pediatric Cancer Research Foundation hosted its 1st annual benefit event at the Museum of Modern Art. Guests enjoyed dinner, cocktails, a private viewing of Picasso's Guitars exhibit and deserts by Michael Laiskonis, Executive Pastry Chef at Le Bernardin. Topped off by a performance from Regina Spektor, this was a night to remember. Be sure to take a look at the photos HERE.

THE NEW YORK SPECIAL SCREENING OF JANE EYRE AFTER PARTY 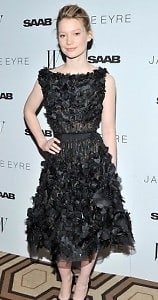 Other Details: You pretty much know your movie is going to be a hit when Glenn Close shows up at the screening. And yes, Bronte's tale has been made into a movie inumberable times, but does it ever really get old? Of course not.The after party was supposed to take place at the Soho Grand, but was moved last minute to Tribeca Grand because of leaks. W mag, which hosted the event, gave out mini umbrellas to guests as a gift. [Via] 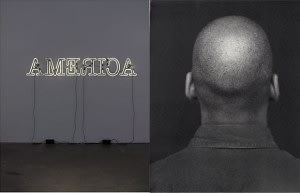 Where: The MArk Hotel

Other Details: Last night was the second celebration in a row for Glen Lignon, the 49-year-old Bronx-born artist most famous for his text paintings, new exhibit at the Whitney called "America." 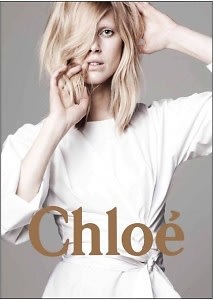 Other Details: Chloé and New Yorkers For Children hosted an exclusive cocktail party and preview of the Chloé Summer 2011 Runway Collection. The brand offered 10% off sales with a portion of the proceeds going to the charity. Despite how cold it was out, Hilary Rhoda wore shorts. 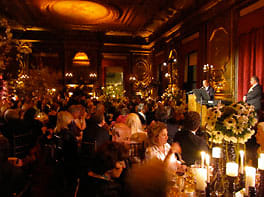 Other Details: The AVENUE Antiques & Art at the Armory Show opened last night with a fancy invitation-only cocktail preview. The show features over 50 dealers specializing in high quality art and antiques. Cocktails were held at the Armory followed by a gala dinner at the Metropolitan Club. Sounds all fancy and nice right? Curbed got its hands on a scathing post-event email "that a certain dapper interior designer sent to a large number of attendees by mistakenly hitting "reply-all."

Just a sample: wouldn't use the word "awe". I was at a 60" diameter table with 10 people for over 2 hours. It got a little raw smelling if you know what I mean. And not in a good way. Not some hot man on man video, but more like the laundry bin at the Biggest Loser.

By dessert the women across from me, who was thin, was bumped so many times by the person next to her, she was covered with chocolate sauce, very Salvador Dali. I thought someone put acid in my fillet and I was hallucinating. I haven't felt like that since my baby sitter had me lick a smiley face during the Johnson administration. [Read the rest on Curbed]

Where: Jimmy at the James Hotel

Other Details: Former MTV programming gurus Tony DiSanto and Liz Gateley celebrate their new production company last night. They are currently developing their first slate of shows with the likes of Jimmy Kimmel, Adam Corolla, Nick Cannon and fashion expert Jill Martin. Because of their background I would like to request a show with actual music videos. Please. Someone needs to get on this.

Other Details: Over 275 guests attended the event which featured  a silent & live auction. Items bid on included two backstage passes to Tibi fashion show,  your own Tibi dress to wear to the show, and a week in the Hamptons for you and five friends among others. Take a look at the pictures HERE. 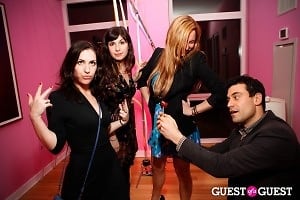 Other Details: So So, Incredibly Beautiful, a stunning “live-in installation” featuring the kinetic sculpture, video, photography and apartment decor of Julio Cesar Gonzalez and Carlos Charlie Perez, produced by Susi Kenna, was presented last night during the event filled with the tech and art crowd. See more photos HERE. 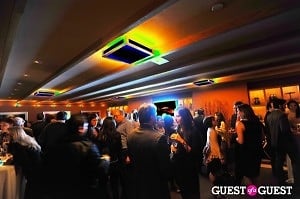