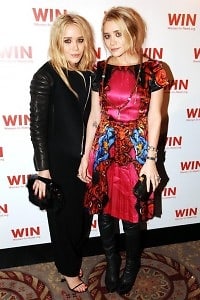 Mary Kate and Ashley Olsen attended the WIN dinner gala at the Waldorf, Cynthia Nixon hosted the City Harvest gala, Ed Norton acted as presenter for a special anniversary gala, Hugh Jackman was honored at a gala, Bill Clinton probably caused quite a stir at the Fisherman's gala, and more. So much more. Last night had plenty of black ties and silent auctions.

Where: The Waldorf Astoria 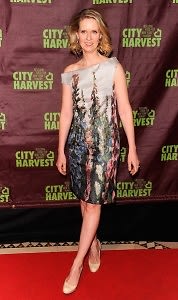 Other Details:Cynthia Nixon hosted last night's event at Cipriani 42nd St that included all the elements of a good benefit-cocktails, a silent auction, an awards presentation, dinner and live auction. Michael White, chef/owner of Altamarea Group LLC, which owns Marea and Osteria Morini and more, auction himself for $70K! @tarapalmeri, who had a scuffle recently with Kim Catrall over a question about pubic hair, Tweeted: "Chatted with "sex and the city star" Cynthia Nixon last night at the City Harvest event and no, I didn't ask about her bikini wax." [Via]

Other Details: The American Academy in Rome celebrated their 100th anniversary! Edward Norton presented Frank O. Gehry with an award while guests in black tie enjoyed their meals. 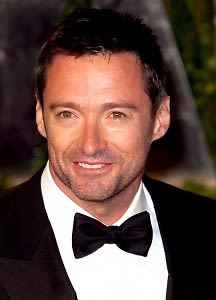 Other Details: Tibor Hollo, Deborra-Lee Furness and Hugh Jackman,and  Russell Simmons received awards at last night's gala. Dr. Mehmet Oz acted as Master of Ceremonies and also made a a special announcement about HealthCorps' plans for the upcoming year. On theme, the cocktail portion was set up like a "health fair" hour featuring booths where strategic partners and Coordinators highlight HealthCorps' curriculum. The food served was most likely, very healthy. [Via] 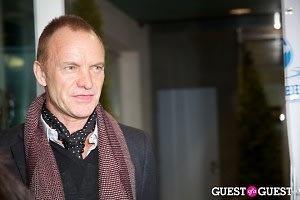 Other Details: Riverkeeper, New York's clean water advocate, snaged and reeled in honorees President Bill Clinton, Trudie Styler, and  Sting for their continued environmental advocacy.  Guests who headed to Chelsea Piers were also treated to a musical performance by Rufus Wainwright and a special presentation by Robert F. Kennedy Jr. Be sure to check out details HERE and take a look at pics HERE. 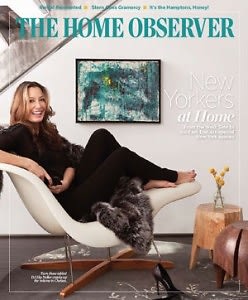 Who Was There: Paige Bluhdorn, James Lipton, Cheryl Katz

Other Details: JJames Lipton-also at the Fisherman's Ball-turned up. Busy night! Every year, the School of American Ballet's advanced students participate in an intensive workshop process that culminates in three extraordinary public performances in the Peter Jay Sharp Theater at Juilliard. The final performance is a special benefit for the School. 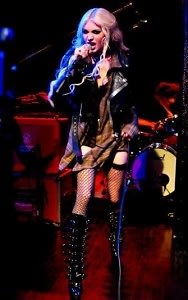 Other Details: Taylor Momsen took the stage in all her badass glory to sing songs from her new album, "Light Me up," which I will admit, I really like. It brings out the angsty fourteen year old girl in me who just wants to get her hands on some Zima and scribble poems in my NKOTB TrapperKepper. Just look how pissed off she looks. Fuck you Blair! [Via]